An Easter Prayer for America

Jim Wallis, president and CEO of Sojourners, speaks during a press conference at the United Methodist Building in Washington, D.C., on Jan. 15, 2013.
Brendan Smialowski—AFP/Getty Images
Ideas
By Jim Wallis
Reverend Jim Wallis is the founder and president of Sojourners and the author of America’s Original Sin.

This week, as Christians mark the crucifixion and resurrection of Jesus, we find ourselves traveling from the darkness of Good Friday into the light and joy of Easter Sunday.

At the heart of America’s darkness is our “original sin” of devaluing indigenous and African slave lives and establishing our most shameful foundational principle—that the lives and bodies of people of color matter less than white lives and bodies. That original sin of racism set the historical precedent and pattern for the American experience, and its legacy is still powerfully and painfully with us in our nation’s social systems. The sin lingers. These are Good Friday realities—when suffering and death seem to win.

But since the beginning, movements led by people of color (with the support of a minority of white people) have fought back on behalf of racial justice, equity and healing. Those freedom and civil rights movements sought to embed moral values into the American experience, and have inspired freedom movements around the world. That is our light. That is our Easter.

Donald Trump did not invent America’s original sin. But he’s using it, and he’s selling it for political gain.

The passage of the Civil Rights Act in 1964 and Voting Rights Act in 1965 changed American politics and the Republican Party. By exploiting racial resentment, Republicans adopted a political strategy of making their party the white party of southerners and northern suburbanites. From Richard Nixon to Ronald Reagan to Lee Atwater and Karl Rove, many Republicans have continued to use this strategy to win elections, restrict voting rights and undermine programs intended to lift up communities of color. Those Republicans who dared to reject this strategy and call for a more inclusive party have mostly been pushed aside.

Yet while Trump didn’t create the party of whiteness, he is actively and openly promoting the ideology of white supremacy and privilege, which would otherwise be on the defensive given the changing demographics of the U.S. In just a few decades, America will, for the first time, no longer be a white majority nation; we will be a majority of minorities. The profound backlash to the inevitability of our demographic future is the motivation behind much of the political agenda now being championed by Trump.

This backlash helps explain the deep hatred by some of—not just disagreement with—America’s first black president; the repeated fatal police violence against African American youth; the failure of common sense immigration reform and demonizing of immigrants; the blaming of the poor for their own poverty and racially stereotyping them; the blaming of all Muslims for terrorist violence and seeking to ban them from entering the country; the condoning of torture and even the murder of terrorists’ children; and the seeking to suppress and diminish the voting rights and power of American minorities. This agenda is central to the message of Trump.

His most direct appeal is to white working class voters, many of whom are confused and angry about their circumstances. Their economic marginalization has caused them to lose incomes, jobs and homes. Successive administrations have sent their children to die in unnecessary wars. Their communities are riven by alcoholism, drug addiction and suicide. Trump is reviving the ugly racial populism in America’s and other nations’ histories that blames “the others” for “our” problems. He divides in order to win, inciting violence and threatening riots.

Like other demagogues before him, Trump is an expert marketer. And although the authoritarianism he is peddling gives many Americans deep cause for concern, it appears to be working as he marches on to the Republican nomination.

So what are people of faith to do? What is the appropriate Christian response? Pope Francis himself has criticized Trump’s preference for walls over bridges, but overall, the religious response has been downright embarrassing. A plurality of self-identified white evangelicals support Trump despite his tone, vulgarity, personal ethos, sexual ethics and a platform in direct conflict with Jesus’ message of racial justice and reconciliation. This goes beyond politics. It’s a gospel issue.

But there is good news. I have been traveling around the country in recent weeks holding “town-hall” style discussions on Race in America, and I have found multi-racial, inter-generational and religiously diverse communities hungry for “repentance” from our original sins. They see our diversity as a blessing, not a threat. They welcome the emerging new nation. Underneath a discouraging national media discussion of racial and divisive politics, an internal and local conversation is taking place that desires something better; and people from different sectors and sections of the nation are eager to move forward and not backward. 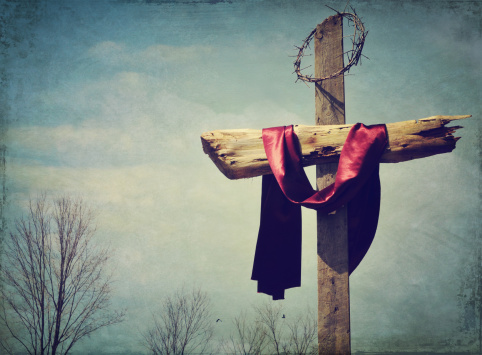 This Is What Good Friday Really Means
Next Up: Editor's Pick