These Are the 5 Best Oculus Rift Launch Games

When the Oculus Rift virtual reality headset finally becomes available March 28, it’ll sport a catalogue of 30 games. By console launch standards, that’s a lot (a lotta lot) of software to be available on day one. Of course, if you’ve shelled out $600 for a Rift plus $1,000 either upgrading or flat out buying a new PC to match Oculus’ steep recommended specs, that bounty may elicit a wince. Several of the titles in Oculus’ launch lineup run $50 to $60, so if you’re angling for the full monty, you can add another $600 to your ballooning VR tab.

Some of that’s demographic hedging; the Rift’s focus at launch is certainly gaming, but the lineup runs the gamut. You can pick from arcade shooters, flight sims, racers, a hack-and-slash, an action-roleplaying game, real-time strategy and tower defense stuff, a pinball thing, tennis, air hockey, a puzzler, some interactive stories and outliers like a “bomb-defusing” party game. It’s a genre smorgasbord.

MORE: Review: Oculus Rift Is Finally Here, But Is It Any Good?

One of the launch roster’s most promising games, Lucky’s Tale—a Nintendo-like run-and-jump game where you guide a pirouetting fox through a cartoonish 3D world—comes bundled with the Rift. And if you preordered the headset, you’ll get a copy of EVE Valkyrie as well, arguably a bargain considering CCP’s online space fighter costs $60 standalone.

If you’ve got a Rift and you’re looking for what to play, here are my five favorite launch games so far:

Gunfire Games’ Chronos marries the shifting camera angles of Alone in the Dark and the regal otherworldly look of ICO, then drops your virtual noggin into the spaces where fixed cameras would be. It’s a third-person action fantasy where you watch the hero navigate a vast multi-dimensional labyrinth from a static position that automatically shifts as you cross invisible thresholds between one area and the next.

Since this is virtual reality, you can peer in any direction, popping your head out from under a ledge to take in the panoramic sweep of stratospheric cliffs, or craning your neck to notice a pair of smoldering eyeballs in the darkness off center. And dying is no simple slate-cleaning affair: each time you perish, your character has to wait a year to reenter the labyrinth, gradually altering the balance of tactics as you age, growing physically slower, but wiser.

Defense Grid 2 looks like a straightforward port of Hidden Path’s existing PC tower defense game to virtual reality. But the allure lies in just how simple and intuitive it is to use your head in lieu of a mouse or joystick to survey arresting sci-fi battlefields, scrutinizing ant-like robots as they attempt to bypass your matrix of (hopefully) well-positioned and upgraded defensive turrets.

The gameplay doesn’t change in VR, and yet pulling on a headset adds something important and indelible to the experience—a sense of being present and therefore invested in the world your can’t get from the non-VR version. And since Defense Grid 2 is a tower defense game, where you’re meant to pan every which way around levels and fuss over all the splendid toy-box minutia, it’s as natural and simultaneously uncanny as watching a real-world diorama come to life.

If you didn’t preorder the Rift, you’ll pay $60 for the privilege of playing CCP’s arcade-style space sim. But if you want the best online-focused dogfighter in VR, this is it.

If there’s a point EVE Valkyrie on Rift drives home, it’s that being able to use your head to pan naturally around a multi-windowed cockpit while piloting a heavily armed fighter may be the difference between playing another enthusiast thrill-ride, and CCP helping resuscitate a long-quiet genre in gaming (flight sims).

Keep Talking and Nobody Explodes

It’s you, in a tiny room, with a ticking bomb, and you haven’t the faintest idea to defuse it. Except your friends—not in the room, but in earshot—do, because they have the bomb “defusal” manual. Can you work together to share fussy details about wiring and arcane symbols to save your soft-bodied self from exploding?

Sure, you can play the game without a headset. But ask the poor soul wearing one (and trapped in a room with a live freaking bomb!) how much more they care about saving their bacon, than were they eyeing the bomb on a lifeless flat screen.

Futuristic race cars hurtle over pulsing tubes that snake through 3D-space with hazards you can only anticipate if you snap your view toward the ceiling. Except there is no ceiling, because this is Radial-G: Racing Revolved on Oculus Rift, the virtual reality version of Tammeka Games’ breakneck anti-grav racer staged on tracks that weave crazily through a derelict asteroid mining station. 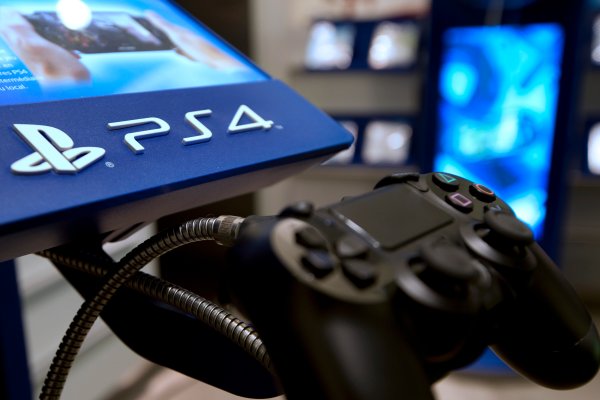