There’s a moment on “Pillowtalk,” the steamy No. 1 single from ex–One Direction member Zayn Malik, when he sings, “My enemy, my Allah.” At least, that’s what it sounded like to many of his fans, who excitedly posted on social media about the lyric. (Turns out he’s actually saying “my ally.” Chalk it up to the British accent.) The misunderstanding is a reminder that Zayn, who goes by just his first name now, is more than one-fifth of the group that kicked off the most recent boy-band renaissance–he’s also the West’s most popular Muslim pop star. And at a time when Muslims are often generalized about and stigmatized, Zayn’s solo career has the potential to do more than boost his star power. His success might make relatable a population not well understood by many of the teenagers who are playing his songs.

Zayn, however, seems most concerned with cultivating another image on his debut album, Mind of Mine–that of someone far removed from his boy-band past. Indeed, the album’s release date–March 25, exactly one year after Zayn announced his split from the group on Facebook–seems designed to emphasize his break with the old. Accordingly, he takes the power-pop sound that turned One Direction into stadium-filling global superstars, strips it naked and sprays champagne all over it; here, he’s making electro-tinged R&B tunes that fall somewhere between the Weeknd and Frank Ocean. Listeners will find things they’d never encounter on a One Direction album: explicit drug references, the F word and descriptions of noisy, neighbor-waking sex. Zayn is like your college roommate with the Bob Marley poster on his wall, indulging his newfound independence.

The good news, as One Direction fans already know, is that Zayn had one of the group’s strongest and most distinctive voices. He shows off his falsetto on the sparse but sweet “It’s You,” though he often downplays his full vocal range to match the shadowy, after-hours R&B vibe. The heady melodies of “Pillowtalk” are outliers on an album that’s more interested in establishing Zayn’s artistic bona fides than getting stuck in your head. It’s almost jarring when he starts belting out “Fool for You,” a hooky piano-pop track; it hints at what Zayn could accomplish once he’s freed up from rewriting the narrative of his career. 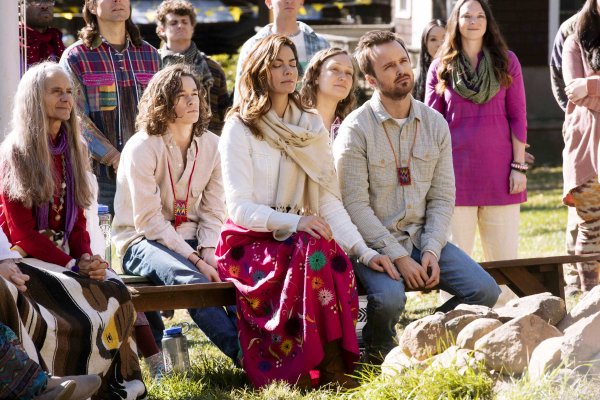 Review: The Path Could Draw Its Own Faithful to Hulu
Next Up: Editor's Pick