In an early episode of the Showtime series Billions, which chronicles the lives and portfolios of New York City hedge funders, Bobby “Axe” Axelrod decides to buy a sizable stake in YumTime, the storied maker of his favorite childhood treat, Ding Doodles. Axe takes control of the board, ditches the stereotypically inept third-generation owner and hatches a plan to fix the firm before flipping it for a tidy profit. His nemesis, an older financier, proceeds to maliciously short the stock. Margin calls and mayhem follow, as the two barbarians duke it out via their Bloomberg terminals. None of this has anything to do with the real value of snacks. It’s all about money, power, ego.

And what fun! Billions dramatizes life on Wall Street–but not by much. Axe, with his cold eyes and algorithmic mind, is a doppelgänger for a number of hedge-fund wizards. Axe’s demeanor also calls to mind Bill Ackman, a titan who actually keeps an antique ejector seat in his offices as a disciplinary message to business partners. A few years ago, Ackman went short on a controversial nutritional-supplement company called Herbalife. He ended up in a grudge match with Carl Icahn, the original corporate raider, who went long, driving up the price of the stock and costing Ackman any hope of making a quick buck.

The line blurs between fact and fiction. Axe’s spouse, a tough-talking blonde who is her husband’s No. 1 consigliere, could have been based on Icahn’s second wife Gail Golden, a tough-talking blonde who was her husband’s No. 1 consigliere. Eliot Spitzer might as well have been the model for the show’s hard-charging district attorney, building a political career one insider-trading suit at a time. That character’s wife happens to be the in-house therapist for Axe’s firm, tasked with helping his employees keep their confidence (and T levels) high for bullish trading. And yes, real hedge funds actually employ such people. (No wonder some in finance have become as addicted to the show as they presumably are to their bonuses.)

But Billions, which was co-created by New York Times finance reporter Andrew Ross Sorkin, is more than the sum of its delicious plotlines and outsize characters. It correctly diagnoses the essential dysfunction of America’s current money culture. The men and women in Billions show that rather than serve the needs of the many, markets are increasingly captured by and exploited for the benefit of the few.

This plays out in the show’s depiction of the relationship between Wall Street and Washington. Both regulators and bankers in Billions play fast and loose with the law, cutting backroom deals and acting more for their personal gain than for justice. As the popularity of “outsiders” Bernie Sanders and Donald Trump has proved, Americans are more dubious than ever of the intimacy between bankers and politicians. That the two classes are in bed together is accepted fact; who is on top is a matter of debate. There is hardly a better metaphor for the commingled relationship between money and power in America than the sadomasochistic marriage between two of the show’s main characters–one a highly paid therapist for financiers, the other a prosecutor.

Unfortunately, the real-life drama of Main Street’s subordination to Wall Street is getting worse. Experts including Adair Turner, the former head of financial regulation in the U.K., estimate that only about 15% of all capital flows within America’s financial system end up making their way into the real economy. The rest of that money just rotates around the high-finance microcosm, enriching the 1% as they buy and sell existing assets to one another, bidding up their value, while failing to invest in research, products, jobs or innovation. C-suite executives, likewise, contribute to the sort of “quarterly capitalism” by seeking out Ding Doodle–style deals rather than making long-term investments. That has begun to worry even some of finance’s most accomplished players. (Warren Buffett, Larry Fink and Jamie Dimon recently met in secret to discuss how to fix corporate governance.) The worry is that our market system has become like the snake that devours its own tail. That’s certainly the story that Billions tells. It’s anyone’s guess how it will end. 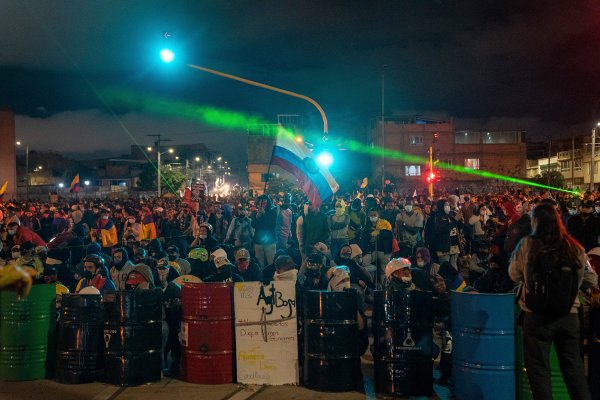