For diehard comic-book fans, the appeal of Batman v Superman: Dawn of Justice, out March 25, is contained squarely within its title. But to viewers starved for feminist action heroes and weary of leather-clad sex kittens offered up in their stead, the draw lies chiefly in the movie’s reintroduction of Wonder Woman, who hasn’t enjoyed the spotlight since her late-1970s TV show.

The stakes are high for this version of the Amazonian princess, played by Gal Gadot, a former Israeli army combat trainer (and Miss Israel pageant winner) who put on 17 lb. of muscle for the role. Not only does this set the stage for the feature film she will carry in 2017, but the success of that movie will influence future studio decisions about female-driven superhero flicks.

So how does Gadot’s Diana Prince fare? Let’s put it this way: If Batman v Superman had its own high school yearbook, she’d win all the senior superlatives. She’s most intelligent when she outsmarts Ben Affleck’s Bruce Wayne soon after meeting him. She’s most generous when, after he confronts her, she schools him in the art of superhero collaboration. Neither love interest nor sex object, she survives the entire story without once relying on her looks to seduce an unwitting villain.

Some will question whether her revealing getup improves upon the skintight garb of superheroines past–though, to be fair, Superman’s bulging biceps aren’t exactly downplayed. It’s one thing to objectify a body and quite another to celebrate the amount of evil it can kick into oblivion. As producer Deborah Snyder puts it, “Women can be strong and beautiful and intelligent and tough–we’re complex people.” Wonder Woman knows that, as she tells Bruce Wayne: “I don’t think you’ve ever known a woman like me.” Perhaps not. But we should soon be meeting more. 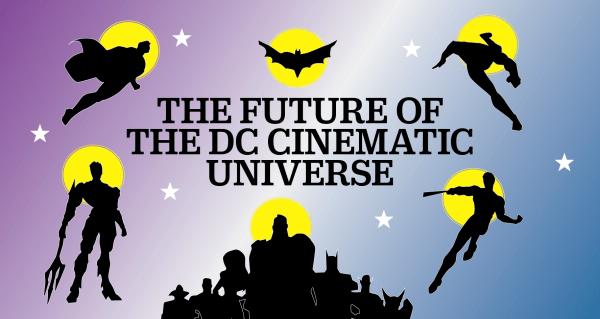 This Map Shows How All the Future DC Superhero Movies Are Connected
Next Up: Editor's Pick