How a Schmaltzy Ballad Became the Anthem of March Madness

In most sports, after a championship game, TV viewers flip the channel or head to bed. Not so in college basketball. For three decades, the men’s title game has been followed by “One Shining Moment,” a roughly three-minute highlight montage of the just-ended NCAA tournament set to an ’80s ballad of the same name that doesn’t skimp on the schmaltz. Players dream of appearing in it, and fans can’t get enough of it. Last year over 10 million people watched “One Shining Moment” on CBS. The 2016 montage–which will run on TBS after the April 4 championship game–will mark the 30th straight year it has aired. How did this song become the soundtrack of March Madness?

Musician David Barrett scribbled the lyrics on a napkin in 1986 after watching Larry Bird highlights in a bar. Hearing that CBS was searching for a sports theme, Barrett sent in the tune. CBS planned to use it after the 1987 Super Bowl broadcast but saved it for the Final Four. Wise move. With keyboards, trumpet filigrees and Luther Vandross singing lyrics like “but time is short/and the road is long”–the cheese in “One Shining Moment” is a thick cheddar. But it perfectly captures the emotions of March Madness: the giddy underdogs, the crying senior who lost his final game.

Just ask the players. After the title game, the winning team stops its on-court celebration cold to watch “One Shining Moment” on the Jumbotron. “It’s the moment you can finally exhale a little bit,” says Chicago Bulls center Joakim Noah, who won back-to-back titles with Florida in 2006–07. “It’s a beautiful part of the culture.” 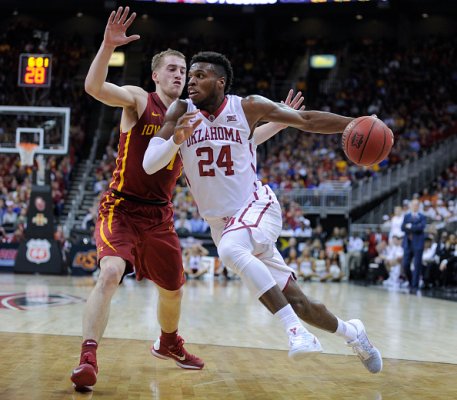 5 Tips For Your March Madness Brackets
Next Up: Editor's Pick