A South Carolina man was arrested Tuesday after police say he stole some 983 phones from the Verizon store he managed.

Charles Thomas Gilbert of Simpsonville, S.C. is charged with breach of trust and violation of the state’s Computer Crimes Act, according to local CBS affiliate WSPA.

Police say Gilbert used the store’s computers to run a scheme to steal the treasure trove of phones, valued at over $400,000.

He is being held on a $50,000 bond at the Greenville County Detention Center. 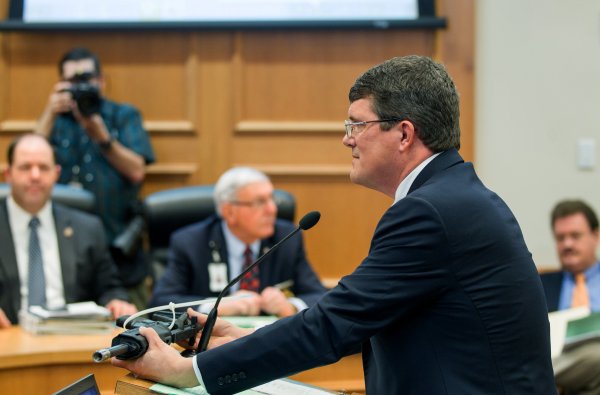 Tennessee Lawmaker Buys Assault Rifle Online and Brings It to Work
Next Up: Editor's Pick