Inside the Agonizing Custody Fight Over Six-Year-Old Lexi

Summer Page runs out of her home after social workers took her foster child way. She is watching them drive off. Santa Clarita, Calif., March 21, 2016
Francine Orr—LA Times/Getty Images
By Charlotte Alter

Lexi loves horses and art. Like many six-year-olds, she’s obsessed with the animated super-dog Bolt, and she spends her weekends playing with her three foster siblings in the backyard of her foster parents’ home in Santa Clarita, CA. Last month, her kindergarten class gave her an award for being the most caring student.

Lexi is also one sixty-fourth Choctaw, and last week she became the latest flash point in a long-running dispute over child welfare and Native American tribal identity. At issue is the Indian Child Welfare Act (ICWA), a 1978 federal law meant to keep American Indian children within their tribe whenever possible. The law was designed to help Native American families remain intact. After several trials and appeals, a judge ruled that Lexi should leave her foster family and be placed with distant relatives in Utah. One of Lexi’s biological sisters, who is Choctaw, lives with the Utah family, and another lives nearby.

On March 21, Los Angeles County social workers came to Rusty and Summer Page’s home to take Lexi away. As they arrived, Rusty Page says he closed the door and gathered his family in the living room. “I sat them all down on our couch, and said ‘Daddy needs to tell you something,’ and Lexi turned pale white and started hysterically crying, and our older daughter started screaming at the top of her lungs,” he said. “We told her we loved her and we’re fighting for her and we’ll never stop fighting for her.”

Then, as can be seen in a video that soon went viral, he handed-over a crying Lexi as her foster mother Summer Page and three siblings sobbed in front of the house. Rusty Page says his young biological children still can’t seem to understand what happened. “Every time Zoe, who’s the youngest, hears the doorbell she says ‘Lexi’s home,’” he says. “Maddie can’t fathom it, and she asks us why, and the fact of the matter is that I can’t tell her why, because I can’t fathom it.”

The Pages have appealed the case to the California Supreme Court.

The wrenching dispute echoes themes of the 2013 Baby Veronica case, in which an adoptive family sued for custody of a young Cherokee girl after her biological father renounced paternal rights. The Supreme Court ruled that portions of the ICWA did not apply to non-custodial biological fathers, and Veronica was returned to the family that had adopted her. That case has key differences from the fight over Lexi: Baby Veronica was legally adopted through a private agency, while foster care is a more limited form of guardianship. Still, Lexi’s story is reigniting tensions over the purpose of the ICWA and thorny questions over its role in determining the best interests of Indian children.

The Pages and their attorneys believe the ICWA forced the county’s hand, requiring them to take Lexi away from a loving home with foster parents and siblings she considers family. “It means if you’re a foster family and if you have an Indian child, you should be terrified that your child could be taken at any time,” says Mark Fiddler, a Minnesota attorney who represented the adoptive parents in the Baby Veronica case. “It means that Indian kids will not have the same stability that non-Indian kids have.” The Pages say they have repeatedly tried to adopt Lexi since she came to live with them when she was two-years-old.

But other experts say that placing children with relatives is the goal of foster care and adoption, and even non-Indian kids are better off with relatives. “A foster home is supposed to be temporary,” says Matthew Fletcher, director of the Indigenous Policy Law Center at Michigan State University. “Relatives are relatives.”

Fletcher contends the Pages’ lawyers are using Lexi’s case as a legal weapon to challenge ICWA. “They’re using this to attack tribal sovereignty, attack Indian people, and attack the Indian Child Welfare act,” he says. “It’s a crusade to them.” One of the Pages’ attorneys, Lori Alvino McGill, also represented the adoptive family in the Baby Veronica case.

Further complicating the matter is that no two adoption cases are alike, which can make legal rulings meant to apply broadly particularly fraught.

“The problem that is that there are so many variables,” says Adam Pertman, president of the National Center on Adoption and Permanency, a nonprofit devoted to issues of adoption and child welfare that has not taken a public position on Lexi’s case. “You want the child to stay with relatives, especially when Native American questions are at hand, whenever possible. But that’s not an absolute. The standard is supposed to be the best interest of the child, and that’s why these things have to be judged on a case-by-case basis.”

The Choctaw Nation declined to make the Utah family available for comment, citing concerns over Lexi’s safety. In a statement, they said “this case is not about politics. Regardless of tribal membership, Lexi should be allowed to live with her family, just as all children in any deprived case should.”

Lexi entered foster care because her biological parents had substance abuse problems and a criminal record, and the relatives in Utah are related to her through her step-grandfather. One of her biological sisters lives with the family in Utah, and another lives down the street. She’s visited them several times and has regular Skype calls with them, so they’re not strangers.

Page says he has met the Utah relatives and they seem like well-meaning people who would be great parents. But he believes that shouldn’t matter here. “Even if they were the best family in the world,” he says, “it’s not who Lexi views as family.”

Correction: The original version of this story misstated which of Lexi’s relatives in Utah are members of the Choctaw Nation. They are her sisters. 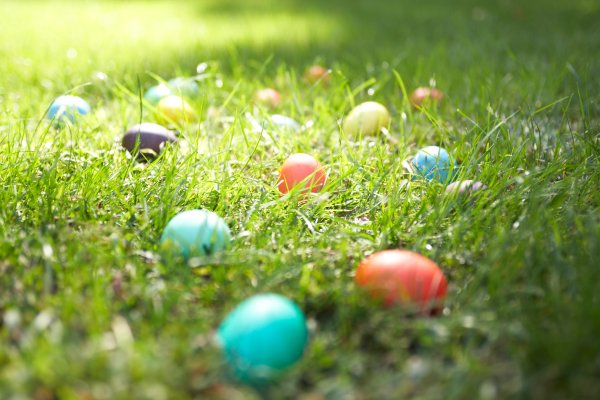