How to Find the iPhone's Best New Feature

New Apple Inc. iPhone SE smartphones are displayed after an event in Cupertino, California, on March 21, 2016. Apple Inc. unveiled a new, smaller iPhone that will start at $399, seeking to jump-start sales of its flagship product by enticing more users to upgrade, especially in high-growth markets such as China and India.
David Paul Morris—Bloomberg via Getty Images
By John Patrick Pullen

For most of us, our phones are the last thing we look at before falling asleep and the first thing we peer at in the morning. 76 percent of Americans look at their digital devices in the hour before going to sleep, according to research from The Vision Council. On the surface, this doesn’t sound so bad — until you realize that these devices are assaulting your eyeballs with blue light.

“Exposure to excessive amount of blue light can disrupt sleep by suppressing the natural release of melatonin,” says Jessica Lutz, a spokesperson for The Vision Council. “This eye exposure before bedtime has been shown to disrupt sleep patterns by increasing alertness in the brain.”

Apple is fighting this problem with its latest iPhone update. A new feature called “Night Shift” automatically changes the color of the iPhone’s display to the warmer, yellow end of the spectrum, reducing the amount of blue light pouring out of your phone.

I flipped on Night Mode for the first time last night. There are two ways to do that. No matter what, you’ll first need to update your iPhone to iOS 9.3. Then, tap on Settings, then Display & Brightness. There, you can have Night Shift enabled based on a timer or from Sunset to Sunrise. I recommend using the Sunset to Sunrise setting, because it will turn on the feature when you need it most: when that big ball of warm light has dipped below the horizon.

“Night Shift uses your device’s clock and geolocation to know when it’s sunset in your location.” says Greg Joswiak, Apple’s vice president of product marketing. That’s a neat trick — especially for travelers who frequently jump around between time zones. You can also activate Night Mode manually by swiping up from the bottom of your iPhone, then tapping the sun-and-moon icon next to the calculator.

Night Shift is very subtle — until you see the change in action. If you compare a Night Shift-tinted display to a normal one, you’ll see a huge difference — with the filter on, the screen appears yellow, or “soft white” in lightbulb terminology. Without Night Shift on, the display has a blueish tint. And if you look at the screen while the shift takes effect, you may even feel the strain that the blue light puts on your eyes.

But when viewing Night Shift on its own, you hardly notice a difference. The colors are just as vivid as they usually are, and brightness appears mostly normal.

While the shift from blue to yellow light might seem slight, it’s important. According to research by the Review of Optometry, LEDs generally emit more blue light than other kinds of lighting — and modern iPhone displays are made up of LEDs. The problem isn’t limited to iPhones. One estimate says 90% of our light sources will be LED-based by 2020, so our exposure to blue light will only increase.

Also, says the Review of Optometry’s research, blue light inflicts damage to the back of the eye, a major cause of age-related macular degeneration (AMD). AMD is the leading cause of vision loss, affecting more than 10 million Americans, says the American Macular Degeneration Foundation. Baby Boomers, the first generation to be tethered to computer screens, are getting hit especially hard.

I’m only one night into using Night Shift, and I can’t honestly say it caused me to toss or turn any less than usual. But knowing that my late night iPhone poking isn’t sucking the vision out of my eyes, well, that will definitely help me sleep easier from here on out. 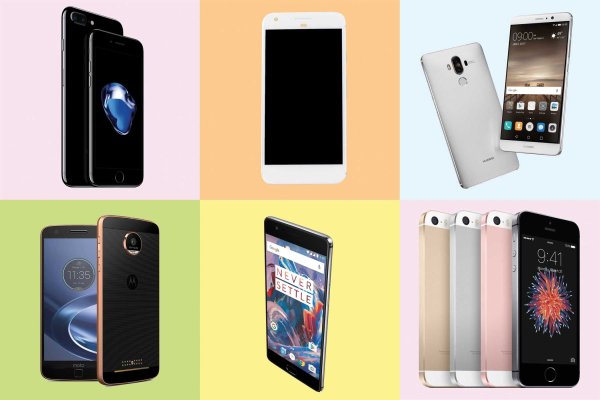 These Are the Best Smartphones You Can Buy
Next Up: Editor's Pick