Brussels Learns to Live in Fear as Manhunts Continue

Brussels is a city that had learned to live with fear. Not an all-consuming terror that stays with you every waking moment, but a nagging sense of insecurity playing at the edges of your mind, a surreal kind of fear that forces you to become accustomed to the unthinkable.

Since 130 people died in the Paris attacks of Nov. 13, 2015, there has been a general expectation that Brussels was the next target. It was here, after all, that those attacks had been planned, a cell of Syria-trained Islamist extremists taking advantage of the holes in a security apparatus in a country that struggles to act as one unified state, rather than two bickering regions divided along linguistic lines.

For a week in November, the authorities shut down schools, crèches, the public-transport system — a lockdown in a European capital unprecedented in recent history. In the months that followed, soldiers remained on the streets, outside European Union institutions, synagogues, embassies, department stores and shopping centers. People slowly became inured to the guns and the tanks blocking storefront mannequins and suburban bus stops.

There were two soldiers standing guard at the entrance to Brussels Airport on the morning of March 22, and the passengers wheeling their suitcases and pushing their trollies through the glass doors and into the check-in hall barely glanced at them.

Despite that visible security presence, the attacks went ahead that day, and 11 people were killed at the airport and 20 others died at a metro station near the E.U. district. That nagging fear was finally realized in the images of bloodied men and women cowering in dust on the floor of Brussels Airport; of disoriented commuters making their way out of the subway after a blast tore through the carriage.

A wounded man lays on the ground after a bomb blast at the airport in Brussels on March 22, 2016
Ketevan Kardava—Georgian Public Broadcaster/AP

There are many challenges now for the Belgian security services, as well as questions being asked about how the cell went undetected despite a countrywide antiterrorism operation, and how an apparent accomplice of the Paris attacks suspect Salah Abdeslam was able to carry out the bombings four days after Abdeslam was arrested in Belgium.

“I am a bit surprised by the operational capabilities of attackers, despite the pressures of the terrorist operation, especially with the combination of the arrest of Salah Abdeslam,” says Faysal Itani, a counterterrorism expert and resident senior fellow at the Rafik Hariri Center for the Middle East in Washington, D.C.

One key issue is how to reassure a people that you can keep them safe when despite all the warnings — all the promises of intelligence-sharing across borders, all the police and army in the streets — terrorism hits in the very places that were meant to be protected?

“I’ve never thought about the trains much, but since I heard about the attacks, I don’t want to use the subway so much,” says Katerina Kongika, a political-science student who made her way across town by bus after her French lesson at the university was canceled after the attacks. Like one in every four Brussels residents, Kongika is from abroad, and left her home in Greece to study in Brussels. She had not been expecting a city under siege.

“I go to the supermarket and there are troops doing their shopping, with their heavy arms and their shopping — I found that really disturbing as an image,” says Kongika. “But on the other hand I feel like it is crazy that I am used to watching troops all over the town and so many police, and being O.K. with that.”

Soldiers stand guard at the entrance of Brussels Central Station, on March 23, 2016, one day after the terrorist attacks killed at least 31 people
Aurore Belot—AFP/Getty Images

As of the day after the attacks, one suspect remained at large, and there were fears of other cell members and plots by ISIS. Buses were emptier than usual; the streets a little quieter. But there was also a resilience among residents, and a wish that soon the city would return to that defiance, that stoicism, in a country that has managed to hang together as one nation despite a determined independence movement in the Dutch-speaking north.

Emmanuel Haulet, 61, spent the days after the attacks worrying about his daughter. She was in the underground train that was bombed, and climbed out of a broken window. She was shaken but not injured. What Haulet wants to see now is tolerance and understanding, rather than blame and bitter political recriminations.

“If we change our life due to [the attacks] we recognize that they are winning and that is what I do not want,” says Haulet, a lifelong Brussels resident who tires of the way Belgium’s national divide is blamed for all its ills. “It’s so easy to say that, but every country has its own internal problems. I think you have to go a step higher and forget about these national and regional feelings. We also need to show that we are also strong, and not to hate people, because that is what the attackers want us to do.” 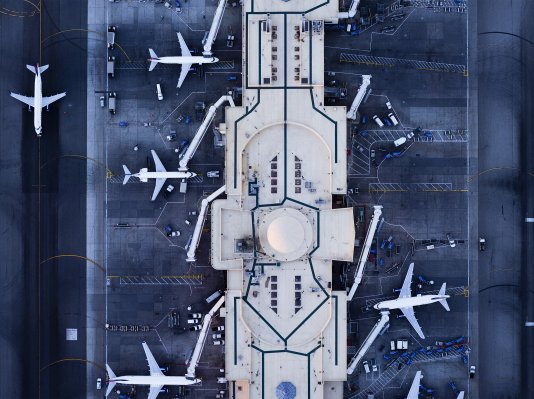