A man reacts as people gather to observe a minute of silence in memory of the victims of the Brussels airport and metro bombings, on March 23, 2016.
Patrik Syollarz—AFP/Getty Images
Ideas
By William McCants
McCants is the author of The ISIS Apocalypse.

It’s hard to imagine after the bloodbaths in Paris and now Brussels that it was not always this way in Western Europe. But there was a time, not so long ago, when jihadists viewed the continent as a redoubt, not a frontline. They preferred to raise funds there and recruit foot soldiers for their causes abroad. It didn’t pay to kill where they worked.

Something changed in 1994. That’s the year when militants in the Armed Islamic Group (GIA) hijacked an Air France Flight in Algeria. The hijackers planned to crash the plane over Paris to punish the French government for its support of the Algerian military. Although the hijackers were killed by French commandos in Marseilles, their compatriots launched a string of attacks the following year, bombing French trains and a Jewish school. Gone were the days when GIA had seen Europe as a place to raise money rather than mayhem.

Even though GIA bent the mold, it soon returned to form. As the Norwegian scholar of jihadism Petter Nesser demonstrates in his book Islamist Terrorism in Europe, 1996-1999 were fallow years for jihadist terrorism in Western Europe. There were only two plots during the period.

It was al-Qaeda who irrevocably shattered the mold. Similar to GIA, al-Qaeda wanted to take the fight to the Western nations it blamed for the suffering of Muslims and for thwarting jihadist revolutions to alleviate it. Without its own assets in Western Europe, al-Qaeda contracted with local cells to do its dirty work, beginning in 2000. None of the plots came to fruition but a new pattern had been set. From then on, jihadists of the al-Qaeda stripe would see Western Europe as one more front in the battle for sovereignty in the Muslim world.

Over the following decade, the U.S. invaded Afghanistan and then Iraq. The number of plots soared, reaching a high of 12 in 2004. That was the year of the Madrid train bombing, which killed 192 people and injured nearly 2,000. The following year brought the subway and bus bombings in London. The perpetrators of both attacks believed they had struck mighty blows for their fellow jihadists in Iraq.

The rate of plots began to decrease when the United States withdrew from Iraq in 2011 only to spike again in 2012 with the onset of the Arab Spring. Most of the plots were linked to al-Qaeda, which was trying to stay relevant after the early burst of peaceful popular protests against Arab regimes. But in 2014 the plots began to mount to a new high when a new jihadist threat appeared on the European scene: the Islamic State.

Initially, the plotters associated with the Islamic State were not taking direction from the group. Prior to 2014, the Islamic State had not focused overmuch on attacks abroad because it was more interested in state-building. The spiritual father of the Islamic State, Abu Musab al-Zarqawi, had organized a failed plot against Jewish targets in Germany in 2002 before he arrived in Iraq , and in 2006, two men linked to Zarqawi’s al-Qaeda franchise in Iraq attempted to blow up trains in Germany. Al-Qaeda’s successor, the Islamic State, may have been behind a 2007 attack on the Glasgow airport in in the UK. But despite its reach into Western Europe, the Islamic State never developed a foreign operations cell capable of pulling off sophisticated attacks like those of al-Qaeda in the Arabian Peninsula. For the Islamic State, Western nations were a more valuable destination for fundraising than for fighting the enemy.

That changed in the summer of 2014 after the Islamic State conquered Iraq’s second largest city, Mosul. After the Americans began bombing Islamic State positions in August, the Islamic State publicly called for reprisal attacks against the United States and its Western allies. Privately, it also began organizing attacks in Europe. The bloodshed in Brussels is just the latest manifestation of the events set in motion in 2014. 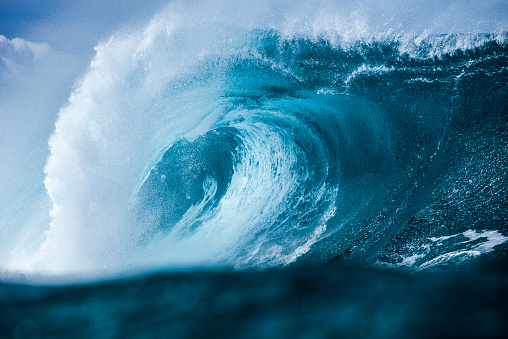 How Robots Are Helping Us Find Answers to Climate Change
Next Up: Editor's Pick