Can a 'Sibling Effect' Help Draw the Troubled Toward Terror?

Ideas
By Jeffrey Kluger
Jeffrey Kluger is Editor at Large for TIME magazine and the author of ten books, including Apollo 13, Apollo 8 and two novels for young adults. He has written more than 40 cover stories for TIME on topics ranging from space to human behavior to climate to medicine. Along with others at TIME, Kluger is an Emmy nominee for the web series A Year in Space.
A composite picture made of handout pictures released by Interpol on March 23, 2016, of Brahim El Bakraoui, left, and Khalid El Bakraoui
Interpol—Handout/EPA

The most dangerous person Khalid El Bakraoui ever met might have been Brahim El Bakraoui — and the same goes the other way around. The El Bakraouis were brothers in life and brothers at the moment of their violent deaths, accused of setting off suicide bombs at Brussels Airport and the city’s subway station that killed 31 people and wounded hundreds.

The recent history of terrorist slaughter has been marked by a series of brothers gone bad. Salah and Brahim Abdeslam are alleged to have worked side by side in the November attacks in Paris that killed 130 people. Salah was captured in Brussels on March 18; Brahim died in a suicide blast during the Paris violence. Cherif and Said Kouachi staged the Charlie Hebdo attacks in January 2015, and the Boston marathon bombing in 2013 was similarly the work of brothers — Dzhokhar and Tamerlan Tsarnaev.

Cherif Kouachi, 32, left, and his brother Said Kouachi, 34, suspected in connection with the shooting attack at the satirical French magazine Charlie Hebdo headquarters in Paris on Jan. 7, 2015
French Police/EPA

All that fraternal bloodthirstiness naturally raises the question of whether, for all the good that can come from the sibling bond, there is something pernicious lurking too. Does one sibling — particularly one brother — have a particular power to incite the other to violence? Do criminal siblings somehow potentiate murderous tendencies in each other in ways an unrelated accomplice couldn’t? There are not — thankfully — enough terrorist siblings to permit anything like a reliable sample group that could answer those questions, but existing research does suggest that yes, there is something special about siblings as killers. As I wrote at the time of the Charlie Hebdo killings:

Smoking and drinking are minor stuff compared to murder — especially murder on so grand and operatic a scale as happened in Brussels this week — but what starts small can get very big, very fast. All manner of criminal behavior can be part of a sibling-to-sibling legacy that psychologists and sociologists call “delinquency training.”

When that training leads to homicide, grievance can play a big part too. Lyle and Erik Menendez, who killed their parents in a tony Los Angeles suburb in 1989 and whose televised trial was a kind of O.J. spectacle before there was O.J., appear to have murdered mostly for their inheritance, but testimony at their trial suggested that they goaded each other on with reminders of ways in which they believed their parents had mistreated them.

Ideological grievance — a deep cultural resentment that may run back centuries — can be even more powerful, if only because there is a sprawling network of similarly inclined people who can echo and animate the rage. Still, joining that community is easier for one sibling when another has joined first. Typically, it is pairs of brothers who become radicalized this way, and typically too it is the older one who takes the lead. As I wrote about the Tsarnaevs in 2015:

In the case of the Charlie Hebdo attackers, it was the younger brother who appeared to have taken the radicalization lead, drawing his older brother into jihad. Personality more than age probably made the difference here, with the stronger, more dominant sibling running things. Typically, it is an older brother or sister who exhibits this take-charge quality, but not always.

Terrorism, of course, is a crime with many roots, and the sibling bond is a comparatively small one. But it is a root all the same — just one more that has to be pulled out and understood if tragedies like the Brussels killings are going to come to an end. 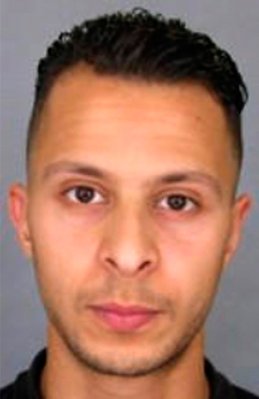 What to Know About Salah Abdeslam, Europe's Most Wanted Man
Next Up: Editor's Pick