Tom Hiddleston attends the premiere of "I Saw The Light" at the Egyptian Theatre on March 22, 2016 in Hollywood, California.
Jason LaVeris—FilmMagic/Getty Images
By Sarah Begley

“There comes a time in a man’s life when he’s called upon to yodel,” Tom Hiddleston said on Jimmy Kimmel Live! on Tuesday night. And his time was about to arrive.

The actor stars in a new Hank Williams biopic, I Saw the Light, for which he needed to learn a few country music skills. Among them: yodeling. Of course, you can’t mention a new parlor trick on late-night TV without having to demonstrate it, so the actor displayed his new talent with a few bars from Williams’ 1950 hit “Long Gone Lonesome Blues.”

Hiddleston, who is British, said he took the job of portraying an American icon very seriously. “As a young Brit watching American movies, they’re so exotic,” he said. “That’s probably something you guys take for granted, but the fabric of Americana is very exotic for us. So every time a hero would walk into a diner and order a milkshake and a burger, there’d be Hank Williams playing on the jukebox. It’s interesting.” 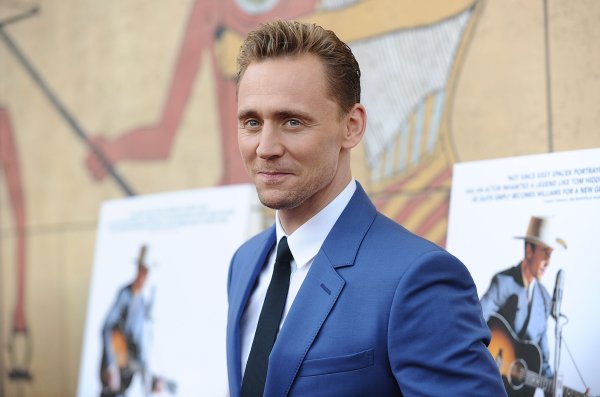 Could Tom Hiddleston Be the Next James Bond?
Next Up: Editor's Pick