Kevin Hart Meditates While He Runs

When you think of Kevin Hart, running probably doesn’t come to mind, unless it’s running around with celebs like Will Ferrell (in Get Hard) and Josh Gad (in The Wedding Ringer). But the actor and comedian wants to help change that. “I believe there’s an athlete in all of us,” he said last week at the Nike+ Live event in New York City. “I’m committed to helping others believe that, too.”

Motto spoke with Hart about his Move with Hart initiative and why he’s making it his mission to help as many people as possible become runners.

Motto: When did you start your running habit?
Hart: It started off as something that I just felt that I needed to do to round out my workout. And as I did it, I found love for it. I grew very fond of it because it was something that I was able to use as a meditating technique. Running by myself, running in the streets, running in the gym, listening to music. It was just a place for me to go and think and be productive in a mental setting. And as I did it, I said, “It would be cool to get people to run with.” And that’s when me, my trainer and my friends started [running]. And then it turned into sending out tweets and getting people to randomly join me. And those numbers grew from 100 to 400 to 800 to 1,500 to 2,000 to 5,000. And Nike and myself, we saw that we had a great opportunity on our hands. We saw that we were reaching people who may not be accustomed to running—who don’t call themselves runners—but we had them taking the first step in the right direction.

Read more: Kevin Hart ‘Lost a Lot of Money’ Betting on This Season of The Bachelor

Motto: Who had the idea to send that first tweet asking people to join your run?
Hart: Always me—any good idea always comes from me. But honestly it was me. I was filming a movie in Boston. We were doing Central Intelligence with me and the Rock. It was a Sunday morning, we were off work and it was a nice day. And I said, “Yo, let’s see what happens.” So we sent out a last-minute tweet telling people to come join us for a run down by the water. And we get down there, and it’s literally like 200 people were warming up. They were like, “Oh, Kevin, man, you came—we didn’t know if you were coming.” And it honestly was the most refreshing thing. We ran, and afterward people were like, “Kev, thanks for doing this.”

Motto: Running is obviously a great way to stay in shape, but how else has it changed your life?
Hart: It’s not only given me great relationships, but the stamina—the stamina that I’ve built up. I put a large demand on my body. You’re looking at a guy who works 15- to 16-hour days sometimes, and I’m traveling anywhere from five to six days a week. So when you’re doing your landing and you’re working, working, working—without the right endurance or without the right stamina, that schedule can beat you. It can really get the best of you, and I’ll say that I’m able to give 110% because of the shape that I’m in.

Motto: What tips would you have for people who want to start a running habit but are intimidated?
Hart: Nothing happens without action. You know my one tip—and my main tip—would be: Don’t be a talker, be a doer. Instead of being the person that talks in hypothetical, be the person that turns your thoughts to action. So do it, try it. Nothing’s good at first. Nothing’s amazing at first, but you’ll grow to like it because the results are amazing—and who doesn’t love results? Who doesn’t love to work hard and see the benefits of hard work. 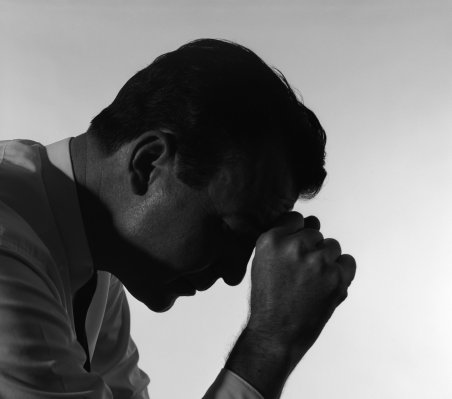 Man Slams D.C. Guys for Being 'Lame' in Washington Post Article
Next Up: Editor's Pick