Two of the bombs that exploded in Brussels on Tuesday, part of a terrorist attack that killed at least 31 people and left more than 100 injured, were detonated in a place where the illusion of security masks a growing vulnerability: the airport departure terminal where fliers check in and drop off bags.

“I was surprised they didn’t do it before,” says Rafi Sela, founder of the global security firm AR Challenges. “You can kill 500 people just by blowing yourself up in a security line.”

After the Sept. 11 attacks, airports in the U.S. and Europe spent billions beefing up security for ticketed passengers to prevent hijackers or bombers from potentially bringing down planes or turning them into missiles. But the parts of airports flyers pass through before reaching security checkpoints—baggage claim, check-in kiosks, parking lots, and drop-off areas—are open to the general public and can have as little security as an ordinary mall.

“You really don’t have much of a presence in terms of law enforcement,” says Michael Chertoff, former U.S. Secretary of Homeland Security and co-founder of risk management firm Chertoff Group.

“Business-side airport security is very much like you would find in any retail location,” says Jeffrey Slotnick, an aviation security expert with risk analysis firm OR3M.

Yet the Brussels attack is among a relatively small number to happen in those more accessible spaces. Jeff Price, an aviation professor at the Metropolitan State University of Denver, says while there have been hundreds of attempting hijackings, there have only been about 10 to 15 attacks on the airports themselves. In 2011, a suicide bomber attacked Domodedovo Airport in Moscow, killing 37 people and injuring 173. In 2013, a gunman killed a TSA employee at Los Angeles International Airport. In 2014, militants with Tehrik-i-Taliban, also known as the Pakistani Taliban, attacked the Jinnah International Airport with suicide vests, grenades and automatic weapons.

Most Western airports are decades old and were initially designed to get people to their planes as quickly as possible, without many present-day security threats in mind. After Sept. 11, they were retrofitted to accommodate new security measures–leading to the creation of what risk experts consider essentially two airports: the open zone at the entrances and the guarded one beyond the metal detectors and body scanners.

The question for many security officials going forward will be whether to extend the security boundary, potentially encompassing not just check-in areas but even parking lots and drop-off locations. Price says one solution would be to move checkpoints farther out, “but that only relocates the area where people gather.”

One airport often looked to as a model is Israel’s Ben Gurion Airport in Tel Aviv. Security officials there have been trained to look for suspicious activity, with surveillance beginning right as people enter the airport.

“You have to know more or less who is coming into your airport,” says Sela, who worked for years as a risk analysis expert at Ben Gurion, adding that security personnel routinely look into cars, buses and taxis that are dropping people off. “What the U.S. has done is not even close to airport security.”

Replicating the security apparatus at Ben Gurion, an airport the size of San Diego’s and much smaller than big U.S. hubs in Chicago, New York and Los Angeles, would be challenging.

Chertoff says some elements of Israel’s approach could be helpful, but that it would be impractical to have everyone go through double screening at airports. While he believes airports will increase the presence of armed police and K-9 units following the Brussels attacks, the main challenge may be maintaining the prolonged focus on airport security that is necessary to make a change.

“The public’s memory is two to three days,” Sela says. “Nobody will remember there was an incident in Brussels. Everything will go back to normal.” 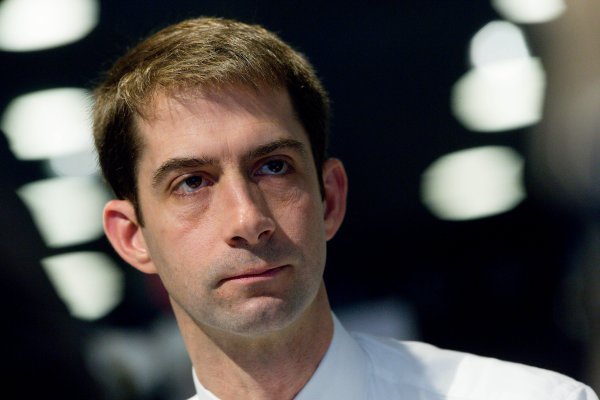 Apple’s Brand Isn’t Worth America's Safety
Next Up: Editor's Pick