William Cheng is an Assistant Professor of Music at Dartmouth.

In a 1926 survey about talk radio, a ratio of 100 to 1 respondents preferred male hosts to female hosts. Women, these respondents complained, sounded “shrill” and conveyed “too much” personality. Ninety years later, and the battle rages on, word for word. Many unapologetically vociferous male politicians and pundits have lately said that Hillary Clinton’s raised voice during speeches somehow registers as, yes, “shrill” and simply “too much.”

There’s a long history of men telling women to avoid rhetorical excess and to use their indoor voices.

In late medieval England, an outspoken woman would often be dubbed a “scold,” someone who “could not keep her negative, or worse, insubordinate, words to herself.”

In the late 19th century, when some women assumed the job of telephone operators, they took mandatory lessons on how to speak in soft, melodious and deferential timbres.

In mythology as well as in reality, the phenomenon of female singing has resounded with precarity, from the seductive sirens of the sea to the prima donnas whose operatic prowess channeled, as musicologist Bonnie Gordon puts it, the “dangers of music exuding from the wrong mouths.”

The advent of recording and radio technologies has only compounded social anxieties about women who dare speak. In a series of experiments at the Bell Laboratories in the 1920s, researchers concluded that women’s voices were equal to men’s voices in terms of loudness, but considerably less intelligible. Some technicians chalked this up to the challenges of transmitting and perceiving high frequencies. But this reasoning seemed dubious given that, as researchers discovered, an instrument such as the flute sounded just fine.

So one has to wonder: Were women’s voices deemed less intelligible because some men — and women — weren’t listening to female voices as attentively as they could? In other words, were sexist presumptions of women as less intelligent responsible for listeners’ perceptions of their verbal unintelligibility?

An entrenched irony of public expression in American democracy is how individuals who endure systemic oppression (women, the LGBT community, people of color) — who might have the most reason to shout — tend to be the same individuals who are urged to keep their voices down, to stay calm, and to laugh a little (or “smile,” as Joe Scarborough and others have advised Clinton).

Yet we’ve also seen what happens when Clinton does lighten up and laugh: she gets slammed for her “cackle.” It’s a classic case of the “double bind” for women in leadership. As Jay Newton-Small writes in TIME, “words like shrill, caterwauling, shrieking, yowling and screeching are all associated with women — not men.”

No, you can’t call someone a sexist just because they’re anti-Clinton. You can’t even call them sexist solely based on their idiosyncratic dislike of Clinton’s voice. But you likewise can’t look at the time-honored tradition of societies policing women’s voices and reasonably claim that sexism isn’t prevalent in this year’s election.

This isn’t a single-person or single-party issue. And given that Clinton’s primary opponent, Bernie Sanders, is himself constantly belting out inspirational messages of gender parity and women’s rights, he shouldn’t hesitate to condemn the double standards surrounding who does or doesn’t get to raise their voice.

It’s not that Clinton needs Sanders — or anyone — to rush to her defense. She’s perfectly capable of speaking up. But sexism writ large? That’s something to shout about. 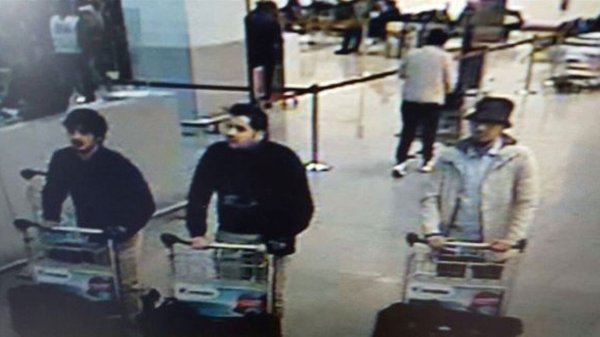 Can a 'Sibling Effect' Help Draw the Troubled Toward Terror?
Next Up: Editor's Pick