Stronger warnings will be added to painkiller medications in the U.S. to combat the growing problem of opioid addiction, the Food and Drug Administration (FDA) announced Tuesday.

Labeling changes will add more warnings to prescription opioids like oxycodone, hydrocodone and morphine. A warning with the drugs’ packaging will advise people that the medications have risks including addiction, misuse, overdose and death. In a press conference about the change, newly minted FDA commissioner Dr. Robert Califf said the new requirements are part of several steps the FDA is taking to “reverse this epidemic.” The FDA says it’s “reassess[ing] its approach to opioid medications” in general.

The agency’s goal is to help curb the opioid epidemic in the U.S. while making sure people are still getting pain relief. The warnings emphasize that prescription painkillers should be used only when necessary, and as a last resort. New warnings also include the risk of women using opioids while pregnant, which has been linked to opioid withdrawal syndrome (NOWS) in newborns.

The U.S. Centers for Disease Control and Prevention (CDC) also recently released guidelines for opioid use, arguing physicians should be conservative when prescribing the drugs. The group also recommended doctors offer alternatives, like exercise and cognitive behavioral therapy or prescribing the lowest possible doses.

You can read the FDA’s announcement here. 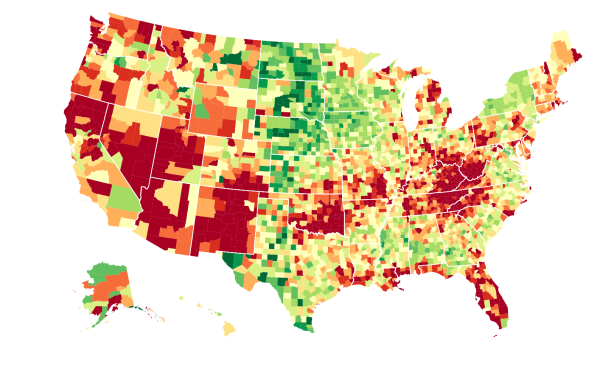 Watch How the Drug Overdose Epidemic Spread in America
Next Up: Editor's Pick