Federal police in Belgium have released a wanted notice for a suspect in the Brussels airport bombing, according to the Associated Press. The man, captured in surveillance footage, is wearing a light-colored jacket, dark pants and a dark hat as he pushes a luggage cart and likely fled after the attack, according to officials.

A similar picture released earlier Tuesday showed the man in the light-colored jacket with two other men wearing dark shirts. The other two men are also suspects in the attack, a Belgian police official told the New York Times. A prosecutor told AP that the two other men are “probably” suicide bombers.

Attacks at the Brussels airport and a local subway station killed at least 34 people and left more than 100 injured.

Most Popular on TIME
1
Former Intelligence Officials Warn Trump's Debt Is a Threat
2
USPS Fails to Update 1.8 Million Addresses
3
The Inside Story of Signal 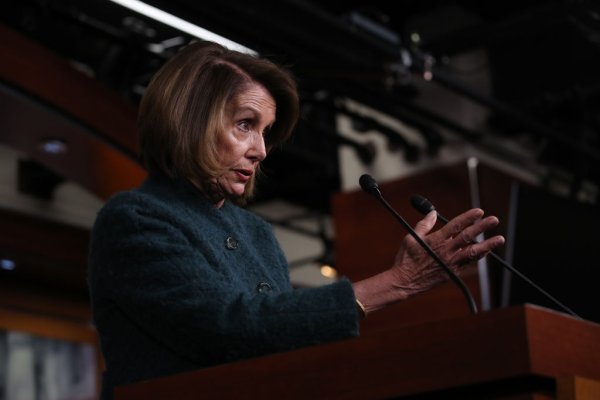