If you live in Washington, D.C., and can’t find a decent guy, maybe it’s because there are some “lame” ones, according to a single dude in the area.

“The D.C. man needs to step up his game,” David Ross proclaimed in an op-ed for The Washington Post.

After reentering the dating scene in August following a breakup, Ross realized that the women in D.C. are “quite awesome—a mix of smart, confident, self-aware, attractive and talented in something.” (Preach!)

But the men in the nation’s capital, he claims, are a different story. And this is where Ross, a writer who also works on the maDCap podcast, proceeds to throw his buddies under the bus:

Regardless of what you think of Ross’s oped or his friends’ behavior, his ultimate point deserves a 🙌

“If you told me years ago that the strongest way to market myself to a woman was to be myself, I would have had far more positive encounters,” he says. “Previously, I’d approach a woman with some disingenuous or pompous line and the conversation would go nowhere fast. I’d have this concept in my head that women were some other kind of being and needed to be approached in some special way. It’s embarrassing to recollect, really.” 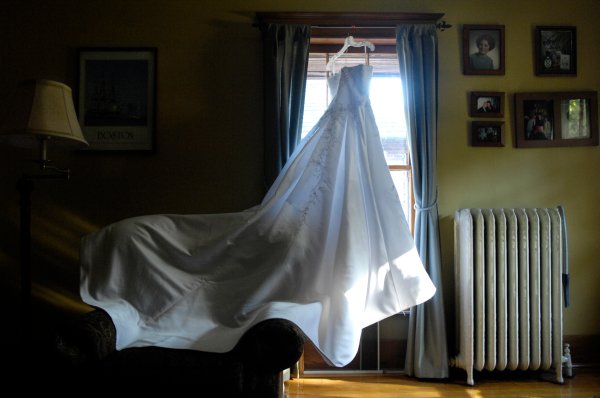 Things That Exist: A Slip Designed to Let Brides Go to the Restroom Alone on Their Wedding Day
Next Up: Editor's Pick