The X-ray image of a person injured during the Brussels terrorist attacks shows a big nail or screw in the chest of the patient treated at the Military Hospital in Neder-over-Heembeek, in northern Brussels, March 22, 2016. EPA
EPA
By Andrew Katz

The above picture shows an X-ray image of a person who was injured in one of the blasts in Brussels on Tuesday. It was taken at a military hospital in Neder-Over-Heembeck, in northern Brussels, where they were transported for treatment.

The triple bombing killed at least 31 people and injured some 200 others. A complete list of identities and nationalities of the victims has not yet been released. The Islamic State of Iraq and Greater Syria later claimed responsibility for the terrorist attack, which came just days after a suspected terrorist involved in the Paris attacks in November was apprehended in the city’s Molenbeek neighborhood. 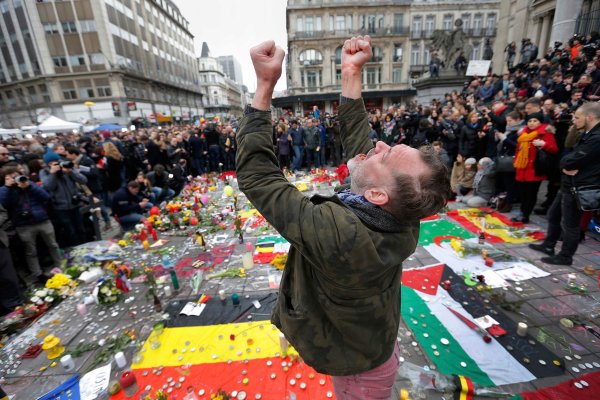 Mourning Around the World After the Brussels Attacks
Next Up: Editor's Pick