Following three deadly terror attacks in Brussels on Tuesday, Brussels residents volunteered help with housing and transportation to those left stranded using the hashtag #ikwilhelpen (“I want to help” in Dutch.)

Three explosions, two at the Brussels airport and one on the subway system, left at least 31 people dead and dozens more injured. With the country under high terror alert, all travel from Brussels has been suspended, leaving travelers without a place to stay. People using the #ikwilhelpen hashtag have offered lodging and also posted where and when they will be driving their cars to those in need of transportation.

The social media hashtag is similar to the #PorteOuverte hashtag (which means “open door”) used throughout France after the November terrorist attacks in Paris. 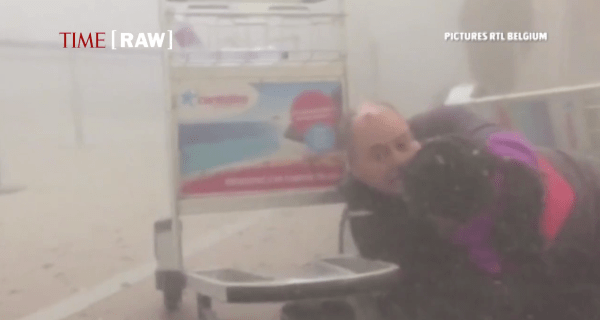 Intense Footage Shows Aftermath of Blasts at Brussels Airport
Next Up: Editor's Pick