Andy Grove, the former Intel CEO, died yesterday at age 79. He was one of Silicon Valley’s most brilliant leaders – a visionary who mentored many of today’s leaders in technology. He was also a friend and a bemused critic of journalism and journalists.

I first met Andy 35 years ago when he paid a visit to The Wall Street Journal’s newsroom. Although Grove, then 44, had been President of Intel for little more than a year, he was already a Silicon Valley legend, having written a textbook on semiconductors in 1967, a year before becoming one Intel’s first employees.

Andy, always curious, asked for a tour of the Journal’s newsroom and, as its national editor, I was proud to show him around. The Journal in those days was produced on manual typewriters. Every reporter had a paste pot and a supply of 10-ply carbon paper. One New York reporter had the “electronics beat,” making him responsible for everything from Xerox to IBM to Pitney Bowes.

When I showed Andy our “wireroom” where technicians used teletype machines to move stories to the Journal’s main printing plant in Massachusetts, Andy pronounced it “a marvel – something that should be in the Smithsonian.”

He then explained, with only a hint of exasperation, that a revolution was coming that would change our business and every other business. When I became the paper’s managing editor two years later, I asked Andy if he would help me think about how the paper should be staffed to cover technology. He convinced us to put some of our best reporters in San Francisco and he encouraged us to have them focus on tech. He also convinced us to introduce computers into the newsroom – the sooner the better.

Andy befriended generations of reporters at the Journal, at FORTUNE, TIME, and Time Inc., as well as many other publications.

FORTUNE published a cover story by Andy in 1996 with reporter Bethany McLean, “Taking on Prostate Cancer” in which he brought an engineer’s precision to an analysis of how best to treat his disease. The magazine nominated the story for a “National Magazine Award.” It should have won.

TIME named Andy its Man of the Year in 1997. Andy was by then CEO of Intel and had written two important business books, “High Output Management” and “Only the Paranoid Survive.” Joshua Cooper Ramo, who profiled Grove for TIME’s Man of the Year Issue, was among the first who succeeded in humanizing Grove, getting him to speak a bit about his youth in Hungary, about his decision to flee Budapest during the 1956 Hungarian Revolution and about his coming to America in 1957.

Soon after Josh’s story appeared, I met with Andy in California. I was then Time Inc.’s Editor in Chief and, in that capacity, I invited him to return to Hungary on assignment, writing about how the country had and had not changed since he had left it. I also encouraged him to write his autobiography. He angrily rejected both ideas, saying he would never return to Hungary because he thought it was still run by fascists, and that he didn’t have time to write an autobiography.

More than a year went by before Andy called to say that he had written an autobiography but that his agent at William Morris, Owen Laster, couldn’t get it published. “All the book publishers want is a sequel to Only the Paranoid Survive,” he groused. I asked him to send me the manuscript.

After reading it, I wrote Andy a six page single-space memo suggesting the many places where he might further humanize his story. Soon after, he called me in a fury. “I am not going to sensationalize my life,” he said. “If you don’t want to print it they way I wrote it, forget about it.”

Then, to my surprise, he then sent a revised manuscript a few weeks later that incorporated all my proposals and more about his life. I showed the revised manuscript to Larry Kirschbaum, who was then running Warner Books for Time Inc. Larry agreed to publish it with Andy’s title, “Swimming Across.” It remains my favorite of his seven published books.

The last few years weren’t kind to Andy. He developed a bad case of Parkinson’s disease that limited his speech and his movement. It didn’t stop him, however, from taking up kickboxing in an effort to deal with his loss of coordination.

Nor did it stop him from publishing a Kindle edition ofHigh Output Management last November, with a new introduction by Venture Capitalist Ben Horowitz.

Commenting on Grove’s death yesterday, Horowitz—in a fitting tribute—called Andy “my hero and the best CEO and teacher I have ever known.” 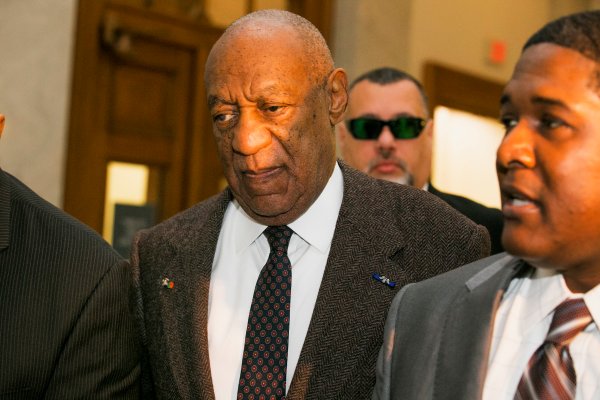