Facebook activated its Safety Check Tuesday morning for users located in Brussels following a series of deadly attacks that left at least 31 people dead and dozens more injured. Three explosions, two at Zaventem airport and a separate one on the subway near the European Union headquarters, left Brussels on lockdown.

The social network’s Safety Check launched in April after a deadly earthquake in Nepal and was activated in November after the Paris terrorist attacks, which was the first time the feature was used for a terror attack. Unlike a normal Facebook update, Safety Check automatically sends your status to your friends in the form of a notification if you are marked safe. It can also be used to check on Facebook friends in the area of the attacks.

Facebook founder and CEO Mark Zuckerberg came under fire in November when the Safety Check was activated for the Paris attacks but not after other attacks in Beirut and Baghdad.

The Belgian capital has been on high alert since the Paris attacks in November when Salah Abdeslam, a suspect, fled to Brussels. He was arrested on Friday. 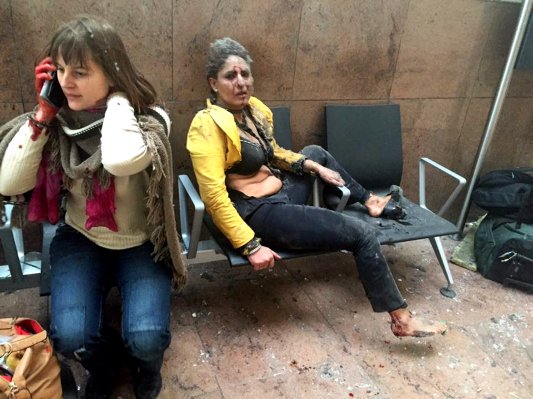 Scenes From the Aftermath of the Brussels Attacks
Next Up: Editor's Pick