Republican presidential frontrunner Donald Trump responded to Tuesday’s attacks in Brussels by repeating his argument that the U.S. must be more vigilant with its border security.

“I would be very, very tough on the borders, and I would not be allowing certain people to come into this country without absolute perfect documentation,” Trump said in an interview with the Today show, when asked how he would handle this situation as president.

“I would exclude the people coming in from Syria that don’t have documentation coming in from the migration line,” he said. “I would certainly exclude those people from coming in. The assimilation has been a disaster.”

Trump made similar statements in the wake of the Paris attacks by Islamic extremists in November, when he called for increased surveillance of American Muslims and proposed a ban on Muslims entering the country.

“Brussels is a total mess, and I’m not talking about the attack today. I’m talking about generally speaking,” he said, adding that police lack control in the city.

Trump also said authorities should be using any means necessary to get information from Salah Abdeslam, the sole surviving alleged perpetrator of November’s Paris attacks, who was captured last Friday.

“They should be able to do whatever they have to do to get him to give the information,” he said. “Waterboarding would be fine.”

During the interview, Trump said he thinks torture is an effective way of obtaining information.

“If they could expand the laws, I would do a lot more than water boarding,” he said. “You have to get the information from these people.” 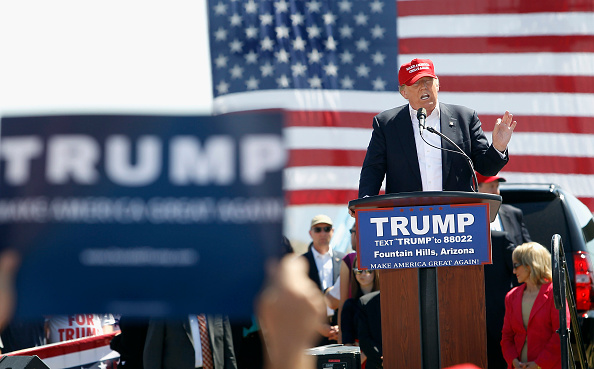 Could a Trump Nomination Make Arizona a Swing State?
Next Up: Editor's Pick