President Barack Obama hailed “a new day” in the relations between the U.S. and Cuba on Monday as he spoke alongside Cuban President Raúl Castro following a historic bilateral meeting.

“For more than half a century, the sight of a U.S. President in Havana would have been unimaginable, but this is a new day,” Obama said.

The leaders’ remarks followed a bilateral meeting at the Revolutionary Palace on Monday, the first major event of Obama’s historic trip to the island nation. He is the first U.S. President to visit Cuba in 88 years.

Both leaders made clear that though profound differences between the two countries remain, they hope to find common ground as they improve relations.

Obama noted Monday that he brought 40 members of Congress with him on the trip, which he said was an indication “growing interest in the U.S. Congress in lifting the embargo.”

Since the President announced the beginning of normalized relations between the two countries, the Obama Administration has rolled out changes including direct mail service, commercial flights and the expansion of business opportunities.

But as important as those incremental steps are, the long-standing embargo must end, Castro said on Monday.

“The blockade stands as the most important obstacle to our economic development and the well-being of the Cuban people,” he said. “That’s why its removal will be of the essence.”

Obama said he’s confident the embargo will end, but, “when, I can’t be entirely sure.”

The issue of human rights is the biggest disagreement between the U.S. and Cuba, given Cuba’s detention of political prisoners. During a question-and-answer session, Castro was asked about political prisoners, but he denied that any were being held, and asked the reporter who asked the question to provide him with a list.

Castro also went on the attack against the U.S., criticizing Americans for “political manipulation and double standards” on human rights and calling the lack of access to health care, education and equal pay in the U.S. “inexcusable.”

Obama implied that both countries have work to do to further normalize relations.

“The U.S. will continue to speak up on behalf of democracy,” he said, “including the right of the Cuban people to decide their own future.” 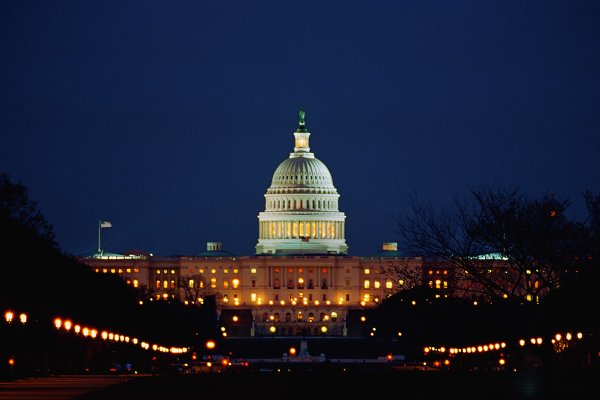 How Washington, D.C., Became the Capital of Fan Fiction
Next Up: Editor's Pick