The Apple TV Just Got a Huge Upgrade

Apple on March 21 announced a slew of new products and updates to existing ones, including software improvements for the Cupertino, Calif. firm’s Apple TV streaming media box.

Doubling down on his assertion that “apps are the future of television,” Apple CEO Tim Cook revealed several new Apple TV features, including folders for better organizing apps, dictation, and the ability to search the app store using Siri.

These additions address common complaints about the Apple TV. In particular, entering text using an antiquated peck-and-select method with an on-screen keyboard was regarded as tedious to early adopters who found it difficult to enter passwords or search for apps. At launch, the device did not support Apple’s Remote app, which was available for previous generation Apple TVs.

With Monday’s news, the new dictation feature will let users input text using dictation via the Siri remote for both for passwords and App Store searches.

According to Apple, the operating system update will be available for download immediately. 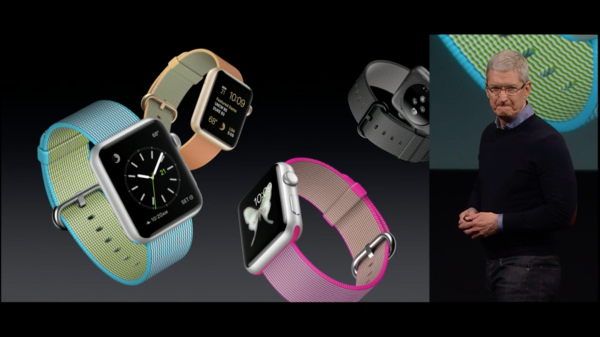