That heartfelt plea wasn’t for nothing. Ellen DeGeneres announced on her show Monday that she had successfully convinced HBO to air a stand-up special from 32-year-old comedian Quincy Jones, who recently was diagnosed with terminal cancer.

Jones previously appeared on The Ellen DeGeneres Show on March 15 to tell his story, at which time DeGeneres donated $10,000 to his campaign and pleaded with Netflix or HBO to air Jones’ special. On Monday’s show, DeGeneres surprised Jones with the news that they had succeeded.

“We called the head of HBO, and your people didn’t even tell you this, but HBO is gonna air your special,” DeGeneres announced to an astonished Jones.

After Jones was diagnosed with a rare form of terminal cancer in July 2015, he decided he wanted to record a stand-up special before he died, and his friends started a Kickstarter page to raise money. The initial goal was less than $5,000, but the campaign now has brought in more than $50,000. On his first appearance, DeGeneres presented Jones with a check for $10,000 from Shutterfly; on Monday she outdid herself, giving him an additional $15,000 from Shutterfly to help produce the special.

Jones will record his special on April 4 at the Terragram Ballroom, to air sometime this spring. 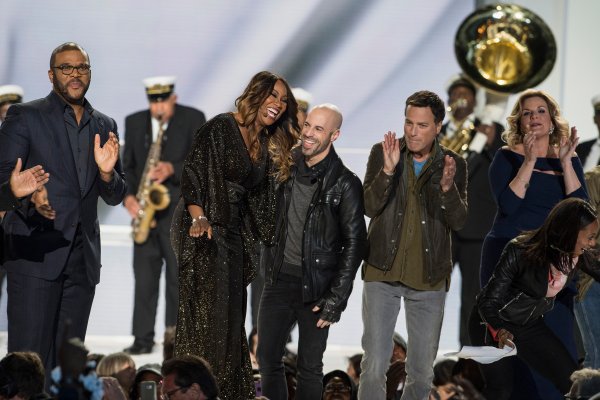 Here's How Twitter Reacted to The Passion
Next Up: Editor's Pick