Those in the market for a new phone now have another iPhone to choose from.

Apple unveiled its new device, called the iPhone SE, during an event at its campus in Cupertino, Calif. on March 21. It officially ships on March 31, with preorders kicking off March 24.

The iPhone SE starts at $399, marking the cheapest introductory price for an iPhone yet.

Read more: 5 Things Samsung’s Galaxy S7 Can Do That the iPhone Can’t

Apple’s new iPhone SE has a smaller, 4-inch screen, like that of the iPhone 5s. But it packs dramatically upgraded internal specs. It’s powered by Apple’s A9 chip, meaning it should be as powerful as the iPhone 6s. It also supports Apple’s Hey Siri feature, which allows users to activate Siri hands-free.

The iPhone SE is also getting a big camera upgrade compared to older 4-inch models. It comes with a 12-megapixel sensor, Apple’s front-facing Retina flash, and the ability to capture Live Photos just like the iPhone 6s.

Apple says it sold more than 30 million four-inch iPhones in 2015. 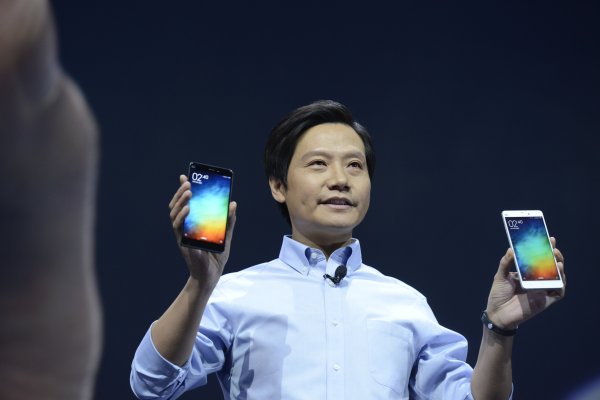 Once a Darling, Xiaomi Is Facing Tough Questions About Its Future
Next Up: Editor's Pick