A Brief History of Facebook's Courtship of China

Facebook CEO Mark Zuckerberg speaks as Jack Ma, executive chairman of the Alibaba Group, listens during a panel discussion held as part of the China Development Forum at the Diaoyutai State Guesthouse in Beijing on March 19, 2016
Mark Schiefelbein—AP
By Hannah Beech

Mark Zuckerberg wants the world to know that he is really interested in China.

Already, he has dedicated himself to learning some Mandarin, marching through a talk in Chinese at a Beijing university. When Xi Jinping visited the U.S. last year, Zuckerberg chatted with the Chinese President. The Facebook founder has also hosted Lu Wei, China’s Internet chief, who has famously made it clear that any foreign firm hoping to enter the China market must play by Beijing’s rules.

Over the weekend during a trip to Beijing for an economic conference, Zuckerberg continued his China charm campaign. On Saturday, he met with propaganda czar Liu Yunshan. More than anyone who sits on the seven-man Politburo Standing Committee that rules China, Liu decides what Chinese should think, read and experience through the media. A day earlier, despite the smog that blanketed Tiananmen Square, Zuckerberg posted a photo on Facebook of a run he took through the heart of the Chinese capital. Just down the Avenue of Eternal Peace, guards at the gates of the nation’s leadership compound were outfitted in protective face gear. But the tech tycoon wore no antipollution mask during his jog. China’s Internet pundits called Zuckerberg an “expensive vacuum cleaner” of toxic air pollution and christened Facebook with a new Chinese name, Fei Si Bu Ke (非死不可), which literally means “have to die.” Facebook could not be reached for comment.

Facebook, of course, is banned in China, ever since 2009 race riots in the nation’s northwest spooked control-obsessed authorities. (Another Chinese Internet meme centered around how Zuckerberg was able to post his run on Facebook while in Beijing: the answer is a cumbersome and often expensive workaround called a virtual private network, or VPN.) The Chinese government is allergic to any digital technology that could be used to organize the masses outside of the authorities’ purview. Websites or keywords deemed politically sensitive are censored. YouTube, Google and Twitter are blocked by the Great Firewall.

In their stead, domestic alternatives — such as Tencent’s WeChat, Sina’s Weibo and Baidu — have thrived. These Chinese services, though hugely popular with the nation’s nearly 670 million-strong digital population, submit to constant monitoring and censorship. A Baidu web search, for example, tends to ignore the 1989 massacre when the words Tiananmen Square are entered.

Of course, not all Chinese companies have succeeded because of a lack of foreign competition. Alibaba, the tech behemoth behind online shopping platform Taobao, for instance, demolished eBay, which entered the China market with great fanfare and left utterly vanquished. Uber too has failed to grab significant market share from domestic car-hailing services, like Didi Kuaidi.

The development of such local firms is crucial to China’s state-sanctioned efforts to encourage innovation. With the nation’s export-led growth slowing, its central planners want to move the economy up the value-added ladder. Earlier this month, at China’s annual parliamentary meeting, Premier Li Keqiang expanded on a so-called Internet Plus strategy, even as the government has cracked down on the kind of free expression associated with digital disruption. The government’s Internet policy is designed to incubate homegrown firms and discourage reliance on foreign companies.

So how does a Western interloper such as Facebook fit in? The timing of Zuckerberg’s latest China foray is curious. Over the past few months, President Xi has put the brakes on free speech in China. He has advocated a global Internet governance network in which each country makes it own rules, as opposed to a system in which information freely flows across national borders. Earlier this month, the Chinese President toured the nation’s largest media outlets and reminded journalists that their primary allegiance was to the Chinese Communist Party (CCP), not to the people or any fanciful notion that the press serves as a check on a government’s powers. Under Xi’s rule, hundreds of Chinese freethinkers have been detained or silenced. In just the latest example, a journalist disappeared last week, while a retired businessmen and CCP stalwart found his social-media account shuttered after criticizing Xi’s media tour.

China’s official news service, Xinhua, characterized Zuckerberg’s meeting with propaganda chief Liu as less of a business deal and more of a courtesy call: “Liu expressed hope that Facebook, which has advanced technology and governance mode, should work with Chinese internet enterprises to enhance exchanges and share experience so as to make outcome of the internet development better benefit the people of all countries.”

If Zuckerberg manages to convince Chinese officials to allow Facebook back in, he will almost assuredly have to accept a version of the social-media service that hews to local censorship rules. Perhaps Zuckerberg believes that Facebook lite is better than no Facebook at all. “China is like the legend of Excalibur to Silicon Valley CEOs, the sword in the stone,” says Duncan Clark, a Beijing-based tech analyst whose book Alibaba: The House That Jack Ma Built, will be published next month. “It’s tempting because it’s so hard. No one has cracked it.” For Zuckerberg, says Clark, “it’s hard to see how Facebook could achieve a meaningful market share as a new entrant in social in China, given the dominance of existing players like Tencent, let alone regulatory issues — managing their China operations to the satisfaction of the authorities in China, without falling foul of public opinion in the West or being grilled by the U.S. Congress.”

Six years ago, Google took a different approach. After the company was put under mounting pressure to censor its search results, Google pulled out of mainland China. Critics sniped that Google was already losing ground to local competitor Baidu. But it’s also true that the U.S. firm turned its back on China precisely at the moment when so many others were desperate for a way in.

This year, Google’s Play, a mobile-phone app store, could enter China. That could, in theory, help foreign gaming firms penetrate an untapped market. Yet earlier this year, Beijing unveiled further regulations that limit foreign or joint-venture companies from operating and publishing in the digital sphere. No amount of Mandarin lessons or Tiananmen jogs will change the reality of life behind the Great Firewall. Still, the business of tech can move faster than even notoriously fickle fashion cycles. “In tech, new opportunities open up,” says tech analyst Clark. “Even if existing areas like search or social are dominated by Baidu or Tencent, catching the next wave is a constant preoccupation.” Facebook, he says, “needs to be part of this massive market somehow.” 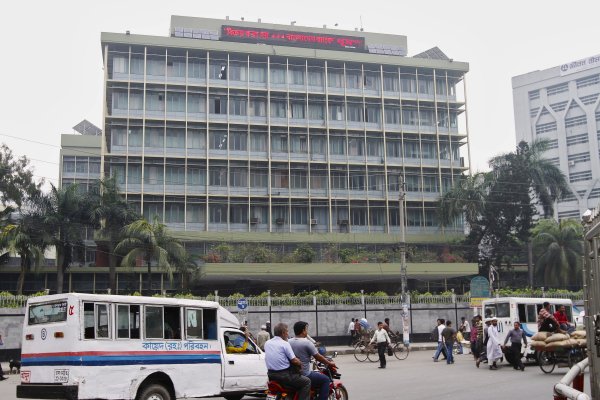