Kanye West released his seventh studio album, The Life of Pablo, on Feb. 14. Normally, a big album release would be followed mainly by touring and promotion. But that’s not enough for Kanye—more than a month later, he’s still working on the album. Most recently, he updated the song “Wolves” and added an extra track on March 15.

That’s possible because the album is accessible exclusively through the streaming service Tidal (legally, at least). Over the last month, Kanye has tweaked and tucked, uploading the revisions to Tidal and announcing them on Twitter. Here he is announcing the “Wolves” change on the 15th:

Kanye’s fast-and-loose approach to versioning started well before the album release, and has a lot in common with how software developers approach their products. Just after he released the single “No More Parties in L.A.” in January, West pulled the track and uploaded a new version, in what the LA Times’ Dexter Thomas called rap’s introduction to the day one patch.

Treating music like updatable software is only possible because of the technological shift from physical media to downloads, and now streaming, as the default way of listening to music. (Kanye has said definitively that The Life of Pablo will “never be for sale” anywhere but Tidal).

And it has a lot of potential benefits for artists. For one, it helps frustrate music pirates, at least half a million of whom have grabbed some version of The Life of Pablo. But those versions are no longer the “real” album — and in fact, there may never be a final version, any more than there’s a final version of Windows. Music versioning might also allow artists to respond to fan feedback on new releases—though Kanye seems to be driven mainly by his own perfectionist muse.

It’s also possible that exclusive, frequently-changing music could help make streaming services more viable as businesses, by letting them offer something no download or CD can. But that may be asking too much — as our Mathew Ingram has pointed out, streaming music is a terrible business. 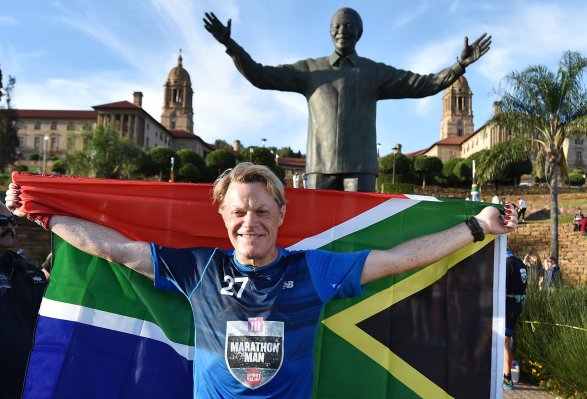 Eddie Izzard Runs 27 Marathons in 27 Days for Charity
Next Up: Editor's Pick