Newt Gingrich and Craig Shirley: Reaganism Is Alive and Well

Attendees wait for the start of a campaign event with Donald Trump in Bloomington, Illinois, on March 13, 2016.
Daniel Acker—Bloomberg/Getty Images
Ideas
By Newt Gingrich and Craig Shirley

We understand the frustration some members of the GOP establishment must be feeling over the rise of Donald Trump. Trump’s success (compounded by Ted Cruz’s success) is putting the old order on trial. But just because the establishment class is feeling the heat today doesn’t mean that the Party of Reagan Is No More, as Peter Wehner contended in an essay for TIME.

In fact, the good news is that Reaganism is alive and well in America and in the GOP. It remains the dominant philosophy among center-right Americans.

It is the old, Washington-centered GOP establishment that is threatened with diminution at best and extinction at worst.

It’s true that Reagan’s philosophy of less government and more freedom combined with a muscular but careful foreign policy went through a dismemberment during the later Republican presidencies, but Reaganism is staging a strong comeback. Even today, many of the candidates for the 2016 nomination have invoked Reagan’s policies in detail and with fondness, and talk of bringing the party back to Reaganism.

Most understand the difference between Reagan’s conservatism based in the American Revolution—a conservatism that puts its faith in individuals—and the old Washington establishment’s more European brand of conservatism, which puts it trust in big systems. The division within the Republican Party about bailouts is just one example of this fault line.

Reagan was faced with his own “Black Monday” in 1987, but refused to panic, believing in the marketplace. Reagan knew that presidents, as Harry Truman said, had to say “no” more often than “yes.” Within months, the markets settled down and returned to their vigor, without new bureaucracies and unaccountable bailouts.

We’ve heard before that Reaganism is over. After narrowly losing the nomination to Gerald Ford in 1976, the GOP political class and their supplicants in the media wrote off Reagan. The New York Times opined, “the battle will be carried on with new leadership…”

Meanwhile, we have to remember the shape of the party in 1976. It had 18 percent approval, controlled only one legislature and governorship (Kansas), and had no elected officials in some parts of the south. The national Republican Party was so broke that it closed the offices for three weeks in December just to save on the electricity. The Republican Party had 140 House members and only 38 Senators, meaning the Democrats could ram through the Congress anything they wanted to—and that’s what they did.

Reagan led the GOP to a stunning victory in 1980. He trailed Carter by 25 points in March but his message resonated with the American people and he won a stunning victory. He carried in twelve senators with him (shocking Washington Republicans none of whom thought they could win the Senate) and gained 34 seats in the House along with hundreds of state legislators.

Unfortunately, the Bush 41 presidency was a detour into tax increases and cooperation with liberal Democrats. It lasted one term.

The party only began to stage a comeback in 1994 when it made the election a referendum on Clinton’s liberalism in contrast to Reagan conservatism. The GOP won in a landslide and long-shots like Joe Scarborough in Florida won because they ran as pure Reaganites. No one in the Washington establishment thought the GOP could win the House in 1994, but the Reaganite GOP forced Bill Clinton to say, “The era of Big Government is over.”

It may be lamentable to Wehner, but Reaganism is not dead. It’s just that millions of Republican voters who identify with Reaganism believe that, at a time when the bureaucratic state is stretching the limits of its powers everywhere we look, the Trump-Cruz outsiders are far more likely than the comfortable Washington establishment in achieving Reagan’s vision of a freer, stronger and more prosperous America.

Newt Gingrich is the former speaker of the US House and the author of 27 books. Craig Shirley is a Reagan biographer and presidential historian and the author of the newly released Last Act: The Final Years and Emerging Legacy of Ronald Reagan. 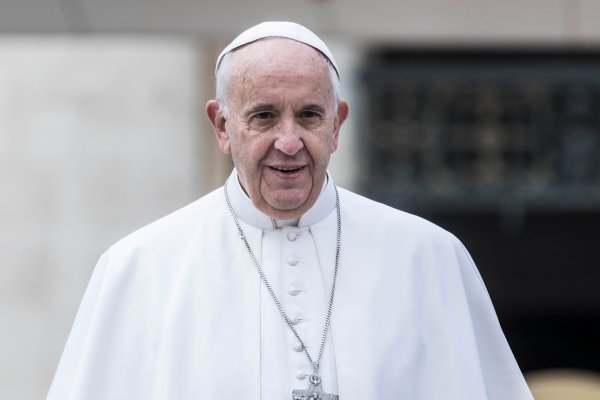 Pope Francis Will Be a Pro at Instagram
Next Up: Editor's Pick