Tens of millions of U.S. women and couples use birth control—in fact, almost every American who has had sex has done so. And with good reason: The ability to time and space childbearing, or not to have children at all, has been transformative for women. The scientific evidence affirms what women already know—that contraceptive use leads to myriad health, social and economic benefits for them and their families.

And yet fierce battles continue over the terms on which women can obtain the contraceptive care they want and need. The latest front is, once again, the U.S. Supreme Court. On March 23, the justices will hear arguments in Zubik v. Burwell on whether religiously affiliated nonprofits can cite religious objections to block their employees from receiving insurance coverage for contraceptive services, as guaranteed under the Affordable Care Act (ACA). The Court previously weighed in on this policy in the 2014 Hobby Lobby case, in which the justices ruled some companies could deny employees health coverage of contraception on religious grounds.

As both sides make their case, a pattern that has repeated itself numerous times is occurring once again: Social conservatives are pointing to alternative ways to obtain contraceptive coverage to argue that women would not be left in the lurch. What’s left unsaid is that, in other contexts, the same social conservative groups oppose almost all the alternatives they themselves are proposing. This strategy is cynical and highly disingenuous.

For instance, in the run-up to the case, social conservatives are arguing that the Obama administration should simply create contraception-only insurance plans that women could buy on the ACA’s insurance marketplaces. The problem? This shifts the burden, unacceptably, from employers to women. It also ignores the fact that many of the same groups are committed to gutting the ACA—and with it the very insurance exchanges they are touting as a solution to the problem they are trying to create.

Much the same applies to the ACA as a whole. Thanks to the law, the proportion of U.S. women of reproductive age who are uninsured has decreased sharply, due in significant part to the ACA’s Medicaid expansion. For privately insured women, the ACA has led to a steep decline in out-of-pocket costs for hormonal IUDs, the pill and other popular methods, saving women and families nearly half a billion dollars in out-of-pocket costs for contraception in 2013 alone. All these gains, including Medicaid expansion, would evaporate if the ACA were repealed.

But social conservatives often argue that insurance coverage of contraceptives isn’t really needed because women can obtain care at safety-net family planning clinics supported by the federal Title X program. Again, this is unrealistic, since these clinics are only able to serve about two out of every 10 women in need of such care. It’s also deeply cynical, since social conservatives have been enthusiastic backers of repeated votes by the U.S. House of Representatives to defund the Title X program.

To justify their planned rollback of contraceptive coverage for millions of U.S. women, some social conservatives have also latched onto the idea of making the birth control pill available over the counter. While this has merit if it complements the ACA’s contraceptive coverage guarantee, it would be a huge net loss for women if done as a substitute for such coverage. Many women would once again have to pay for contraceptives out of pocket—which in turn means they would have to choose a method based on what they can afford, rather than on what works best for them.

This deceptive shell game continues with the onslaught against Planned Parenthood, a critical source of contraceptive care in many communities. Social conservatives have pursued a relentless campaign to defund the organization, usually pointing to other types of providers—community health centers in particular—as an alternative. That community health centers are already overstretched and would be unable to pick up the slack only shows how uninterested social conservatives are in offering real alternatives to women.

Social conservatives also claim that nobody is trying to ban contraception. But even that claim is false. Depending on the context, it’s gospel among socially conservative groups dedicated to banning abortion that IUDs and emergency contraceptives cause abortions (a belief that runs counter to medical science). If taken at face value, then these groups are committed to banning at least some contraceptive methods. Some groups seeking to ban abortion, such as the organization behind the annual March for Life in Washington, even define abortion to include all hormonal contraceptives—including the birth control pill.

Rather than wasting time and energy impeding contraceptive access, we should support and expand women’s ability to make their own decisions about their reproductive lives. There’s even something in it for social conservatives: New Guttmacher evidence published this month makes a persuasive case that improved contraceptive use was likely the key driver of the steep 2008-2011 drop in U.S. unintended pregnancy and abortion rates. It’s a win-win for everyone. 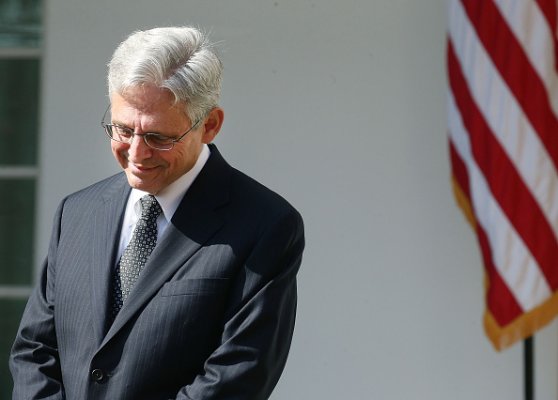 Merrick Garland Is Used to Being a Political Punching Bag
Next Up: Editor's Pick