Pope Francis joins Instagram under his Latin name @Franciscus on March 19, the third anniversary of his inauguration as the Bishop of Rome. Perhaps his favorite filter will be “rise.” It seems fitting with his role as the Vicar of Jesus Christ.

“For a man who admits he doesn’t know how to use a computer, it’s remarkable that Francis has been named the most influential global leader on social media,” says Michael J. O’Loughlin, author of The Tweetable Pope. “His posts inspire, console, and challenge his 30 million followers.”

By joining Instagram, O’Loughlin argues that the pope has shown that he isn’t afraid to take risks and that he understands that for the faith to spread, it must be communicated where today’s people are and in the language they speak.

Every one of Jesus’s beatitudes was fewer than 140 characters, so there’s no reason the faith’s message cannot be delivered effectively in today’s social media era.

Pope Francis has always understood that. From the beginning of his pontificate, the Argentinian pontiff has traded in the lengthy and abstract discourses of his predecessors for a more pithy and accessible message that resonates with everyday people.

Pope Benedict’s first public homily in St. Peter’s Square in April 2005 was a 3,000-word theological masterpiece on the origins of the papacy delivered in Latin. Francis’s first homily eight years later was a short, off-the-cuff exhortation to treat others with tenderness.

But it isn’t his words alone that make Francis a compelling communicator of the gospel. There are three ancient transcendental attributes to describe the nature of God: truth, goodness and beauty. Pope Francis always communicates first God’s beauty. Describing God’s truth and goodness often requires eloquent and refined words. God’s beauty is more widely accessible. It can be communicated with simple gestures and images.

For example, on Easter Sunday 2013, Pope Francis embraced a young American child with cerebral palsy, Dominic Gondreau. The photo and the video of the scene went viral, becoming one of the most shared images of the year. In a subsequent interview with Megyn Kelly on FOX News, Dominic’s father said that in their encounter, Dominic and Francis showed the whole world how to love each other. It didn’t take a lengthy theological discourse. It didn’t even take the Bible. It took witnessing human person and a human encounter to show the world how to love.

After Jesus’ death and resurrection, Peter went to Rome to proclaim that with God’s love in Jesus, there’s a different way of doing things. In this public center of culture, he told of a new kingdom where new rules are established. In the community Peter described, the last are first, the poor are blessed and enemies are loved. Black lives matter here. LGBT lives matter here. And so, too, do the lives of the refugees, the imprisoned, the unborn, and anyone else who suffers exclusion.

Two millennia later, Francis makes a foray to Instagram—where images are the currency of choice—to continue this proclamation of God’s invitation to a revolution of tenderness.

Days before the coming Easter festivities, that’s not a bad way for a pope begin the holiest week of the year. 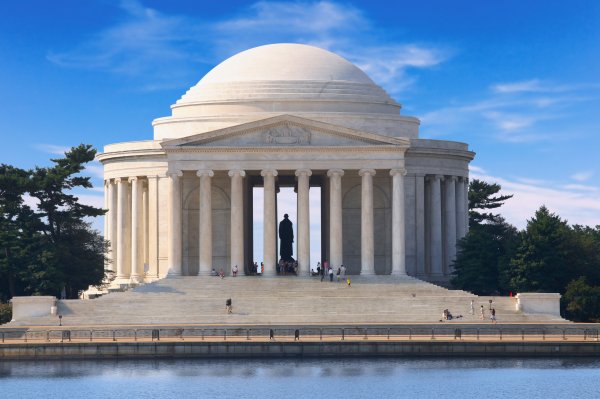 The Slippery Slope of Removing Historical Symbols
Next Up: Editor's Pick