Batman and Superman have been, over the course of about three-quarters of a century, friends and enemies—a line they’ll walk again in the new movie Batman v Superman: Dawn of Justice.

But when they first met, in 1940, they weren’t really either of those things. They were just standing near each other:

Along with Robin, they appeared on the cover of this 1940 New York World’s Fair Comics book, a souvenir edition sold at the event. But they didn’t actually interact on the inside. Batman was a relative newcomer, introduced in May of 1939, while Superman had been around since the summer of 1938 and was established enough to earn his own “Superman Day” at the Fair.

Inside the book, Superman foils a jewel thief at the World’s Fair. In a separate section, Batman and Robin are at the fair when they learn of a scientist who is destroying bridges around Gotham.

Even though they didn’t share a storyline, the World’s Fair edition changed the game for superheroes. This was the first step toward comics embracing the crossover format and the genres it inspired: it was, as The All-Star Companion explains, the first time any two comics characters who had their own franchises appeared together anywhere. Eventually, less popular characters got the same treatment. And it wouldn’t be long before Batman and Superman were working together, not just standing near one another. Decades later, that tradition continues. 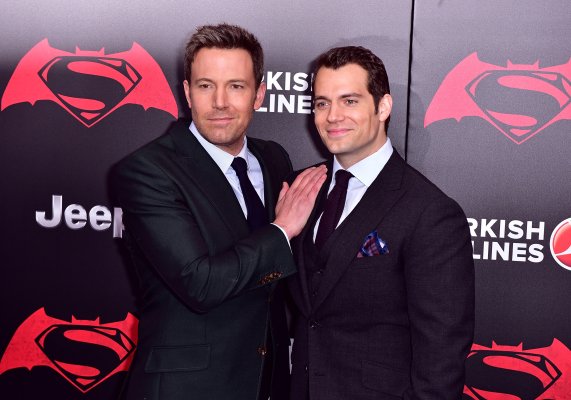 What to Know Before You See Batman v Superman: Dawn of Justice
Next Up: Editor's Pick