The studio behind Straight Outta Compton felt confident that the movie would do well with African American audiences, but wasn’t so sure about white viewers. So the marketing team worked with Facebook and created different trailers for different races.

Universal’s EVP of digital marketing, Doug Neil, and Facebook’s entertainment head, Jim Underwood, appeared together at a panel at South by Southwest on Saturday to discuss the targeted racial marketing of the 2015 film.

According to Business Insider, Neil and his team were concerned that white audiences wouldn’t know enough about the subject of the film, the gangsta rap group N.W.A. So the trailer marketed to white people on Facebook centered on Ice Cube and Dr. Dre, two members of the pioneering group who later had acting and business careers and would be more recognizable to white viewers.

With African American audiences, Universal assumed there would be more previous knowledge about N.W.A., so the trailer centered on the group rather than individual members.

“I shouldn’t say a surprise,” Neil said about the success of the movie, which grossed over $160 million in the U.S. box office and ended up having big crossover appeal. “A breakout hit.”

Facebook does not give users the ability to self-identify their race on the social media site, but a Facebook spokesperson explained that advertisers can target people with particular interests and connections. “As part of its advertising offering, brands can target ads on Facebook to people based on how they might respond to content,” the spokesperson said. “The affinity segments are created, in a privacy-safe way, using signals such as different languages, likes, and group membership on the platform.” 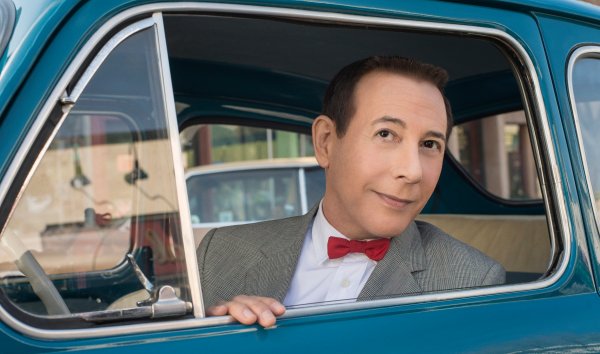 Pee-wee Herman Is Back and He Hasn't Aged a Day
Next Up: Editor's Pick