Part of the response to terrorism must be security-based. A strike against Daesh is needed; those who belong to it must be stopped. But we also have to think about the political context of the violence, about the humiliations and injustices that allow this movement to enjoy significant support in the Middle East and call forth bloody actions in Europe. Ultimately the real stakes are about creating an equitable model of social development, over there and over here.

There’s no question: terrorism is fueled by the inegalitarian powder keg of the Middle East, which we largely helped to create. Daesh, “the Islamic State in Iraq and the Levant,” is a direct product of the disintegration of the Iraqi regime, and more generally the collapse of the system of regional borders established in 1920.

After Iraq’s annexation of Kuwait in 1990–91, the united great powers sent their troops to restore the oil to the emirs—and to Western companies. Meanwhile, a new cycle of asymmetric and technological wars was launched—a few hundred dead in the coalition to “liberate” Kuwait versus tens of thousands on the Iraqi side. This logic was pushed to its limit in the second Iraq War, between 2003 and 2011: roughly 500,000 Iraqi dead versus 4,000 American soldiers killed, all to avenge the 3,000 who died on Sept. 11, though that had nothing to do with Iraq. Today this reality, amplified by the Israeli-Palestinian conflict, with its extreme asymmetry of human costs and its lack of a political horizon, serves as justification for every atrocity perpetrated by the jihadists. Let’s hope that France and Russia, on the move since the American fiasco, do less damage and bring forth fewer bloody actions.

Beyond the clash of religions, the concentration of oil resources within small, unpopulated territories shapes and undermines the region’s whole political and social system. Looking at the zone that stretches from Egypt to Iran, and running through Syria, Iraq and the Arabian Peninsula, a population of 300 million, we find that the oil monarchies hold a combined 60% to 70% of regional GDP, for barely 10 percent of the population, which makes the region the most unequal on the planet.

It must be made clear that a minority of the population in the oil kingdoms appropriate a disproportionate share of this bounty, while large groups (women and immigrant workers, especially) are kept in semi-slavery. And it’s these regimes that are militarily and politically supported by the Western powers, which are only too happy to get back a few crumbs to finance their football teams or through weapons sales. It’s not surprising that our sermons on democracy and social justice count for little among the youth of the Middle East.

To gain credibility, we must show these populations that we care more about the region’s social development and political integration than about our financial interests and relationships with the ruling families.

In concrete terms, oil money must go to regional development first. The Egyptian authorities’ total budget to fund the entire educational system of a country of nearly 90 million is less than $10 billion (€9.4 billion) in 2015. A few hundred kilometers away, oil income reaches $300 billion for Saudi Arabia and its 30 million inhabitants, and it exceeds $100 billion for Qatar and its 300,000 Qataris. A development model that is so unequal can only lead to disaster. To sanction it is criminal.

As for the lofty rhetoric about democracy and elections, we have to stop deploying it only when it suits us. In 2012, in Egypt, Mohamed Morsi was elected president in an honest election, hardly a trivial event in Arab electoral history. By 2013, he’d been ousted by the generals, who swiftly executed thousands of Muslim Brotherhood members even though their voluntary activities have often helped to compensate for the shortcomings of the Egyptian state. A few months later, France wiped the slate clean to sell Egypt warships and thereby grasp a share of the country’s meager public resources. Let us hope this denial of democracy won’t have the same deadly consequences as did the Algerian military’s civil war—sparking obstruction of a democratically elected Islamist party in 1992.

The question remains: How could young people raised in France conflate Baghdad and the Paris banlieue, seeking to import here the conflicts taking place over there? Nothing can excuse this bloody, macho, pathetic atrocity. We may simply note that unemployment and job discrimination (which is particularly intense for those who’ve checked off all the right boxes in terms of education, experience, etc., as recent studies have shown) can’t be helping. Europe, which before the recession managed to accommodate a net immigration flow of one million people annually, with falling unemployment, must relaunch its model of job creation and social integration. Austerity is what led to the rise of national selfishness and tensions around national identity. Social development with equity is how hatred will be defeated.

Adapted from Why Save the Bankers? copyright © 2016 by Thomas Piketty. First hardcover edition published April 5, 2016, by Houghton Mifflin Harcourt. All rights reserved. This essay appeared in French in Le Monde. 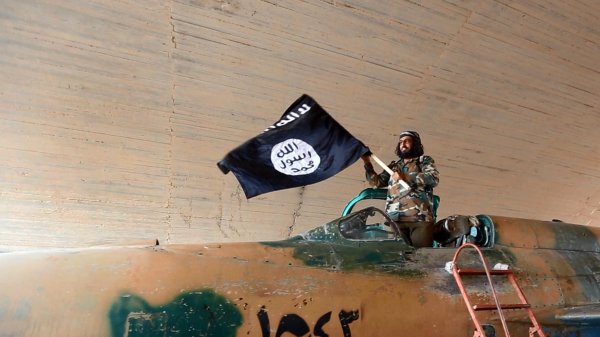