How Greek Weddings Got So Big

The hit rom-com franchise My Big Fat Greek Wedding–the second installment of which walks down the aisle to movie theaters this week–has helped reinforce the idea of Greek-American nuptials as big, raucous, multi-generational affairs. But are they really?

The answer is complicated, partly because there is far more academic scholarship about the concept of marriage than the ceremonies themselves. “It’s very difficult to study because there are so many different customs,” says historian Vicki Howard, author of Brides, Inc: American Weddings and the Business of Tradition. “There’s a lot of homogenizing that goes on in the early part of the 20th century.”

Central to Howard’s work is the idea that “many of the longstanding traditions that we think go way back are in fact influenced by or wholly the product of business,” as she puts it. “It’s difficult to talk about ethnic customs and having these pure origins because your culture’s customs are always going to come into play with the commercial context and the social context of the time. I don’t think ethnic customs persist without changing quite dramatically.”

But it’s certainly true that some immigrant cultures in the U.S. developed “bigger” wedding customs than others. In Greece, a traditional celebration might have involved women going around a village with food and drink offerings to invite all the neighbors to come to the wedding, not just family, as detailed in the Marriage Customs of the World encyclopedia. Around the turn of the 20th century, when about a sixth of Greece’s population left the country for better economic opportunity, those customs were translated to their adopted countries.

In the U.S., recently arrived Greeks and other Europeans often celebrated big events with communal festivities that “might involve dancing and drinking and lots of generations,” according to Howard. With less money and space than they would have had in their homelands, these immigrant groups tended to make use of public halls to host large celebrations, leading to the emergence of a venue-rental business model that is possible for historians to track.

Against the backdrop of 19th-century nativism and anti-immigrant backlash, customs like weddings could be seen as a way of differentiating class and ethnicity groups. Wealthy, Western European, Protestant Americans who had been part of the development of the 1800s establishment could make their weddings less “big” and point to their restraint and quiet—and the wherewithal to host parties in their own homes rather than in public—as evidence that they were superior to their neighbors. “You have a WASP establishment that tries to distinguish itself from newly arrived Americans,” Howard says. “The etiquette that you display at a wedding would be one way of setting yourself apart.”

As the 20th century progressed, the next generation in those immigrant groups would often strive to assimilate, leaving behind some of the customs (like culturally distinct wedding celebrations) that would have set them apart.

In the 1960s and ’70s, however, the wheel turned again: whereas second-generation immigrants of the 1920s and ’30s wanted to move away from their roots, their children often felt American enough to value their roots. Combined with a growing rejection of the white wedding ideal prized during the 1950s, and you have all the ingredients for a turn back to “traditional” wedding customs.

In bridal magazines of that period, Howard says, she observed articles about ethnic practices that indicate that couples were interested in adding a flavor of tradition to their ceremonies. This period also saw a related movement among African Americans, as traditions like jumping the broom became more common. (It’s also possible to see the rise of white ethnic wedding traditions in a negative light, Howard points out, as some of that period’s emphasis on rediscovering white ethnicity was a backlash to the rise of multiculturalism.)

Today, with the help of the wedding industry and a long history of assimilation, a Greek wedding in the U.S. is as likely to be the result of the bride and groom picking and choosing the customs they like, rather than a set of rigid traditions.

“The idea of a Greek wedding that is purely Greek, I don’t think that is something we would talk about,” Howard says, “at least in the American context.” 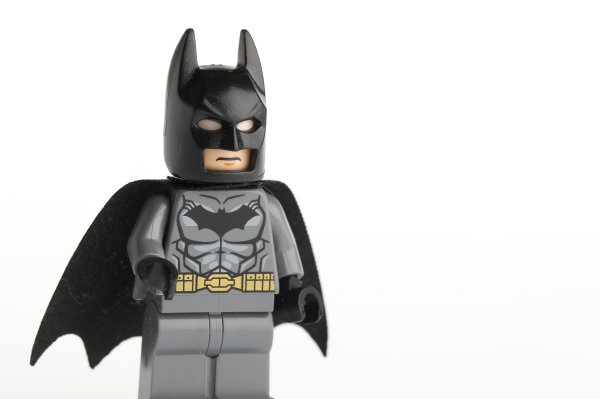 The New The Lego Batman Movie Trailer Is as Fantastic as It Sounds
Next Up: Editor's Pick