Tray Walker #25 of the Baltimore Ravens looks on during pre-game warm ups prior to playing the San Francisco 49ers in an NFL game at Levi's Stadium on October 18, 2015 in Santa Clara, California.
Thearon W. Henderson—Getty Images
By Sports Illustrated

Ravens cornerback Tray Walker was critically injured in a motorcycle accident in Florida on Thursday night, the team confirmed in a statement.

Walker, 23, is in critical care at Jackson Memorial Hospital in Miami after the incident. The team did not announce the extent of his injuries.

On Friday morning, Ian Rapoport of the NFL Newtork reported Walker spent all night in surgery and that he was still fighting for his life.

“Oh my God,” head coach John Harbaugh said in a statement. “This is devastating news. Our prayers and hopes are with Tray and his family tonight.”

Ravens teammates shared their support for Walker on Twitter.

Police told ESPN that Walker collided with a car at an intersection shortly before 8 p.m. Walker was wearing dark clothing and the motorcycle did not have lights, police said.

Walker was a fourth-round pick in last year’s draft out of Texas Southern, and played mostly on special teams last season. 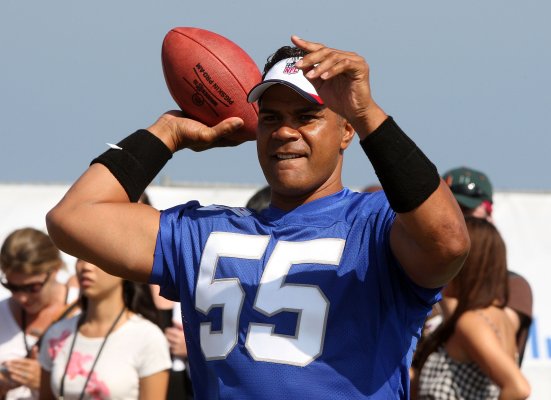 Don't Applaud the NFL for Admitting That Football Leads To Brain Damage
Next Up: Editor's Pick