Here's When You Can Order PlayStation's Virtual Reality Headset

Sony’s PlayStation VR virtual reality headset will be available for pre-order on March 22nd, the company said in a March 18 blog post.

The pre-sale offer involves a $499.99 bundle including the headset, requisite PlayStation Camera, 2 PlayStation Move controllers and one game. The standalone PlayStation VR headset, which will cost $399.99, won’t be available for pre-order, says Sony. (That cheaper price doesn’t include the necessary camera, which costs around $50.)

Read more: Everything to know about Sony’s virtual reality headset

The PlayStation VR won’t be available until October, so it’s pretty early for a pre-sale. But Sony’s timing here is significant, as high-end virtual reality headsets from Oculus VR and HTC are due to hit shelves over the next few weeks. Opening up some PlayStation VR gear for pre-order at the same time keeps Sony’s offering top of mind for early virtual reality adopters. 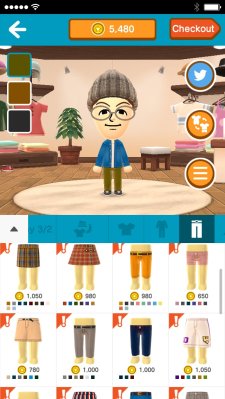 Here's A Closer Look at Nintendo's New Smartphone App
Next Up: Editor's Pick