So far the Apple v. FBI debate has played out at the very highest level, with Apple CEO Tim Cook and FBI Director James Comey trading public barbs on the whether privacy trumps national security or vice versa. But workers who actually develop the technology also will factor mightily in the outcome of the battle, and their potential refusal to help law enforcement could further complicate the case.

Current and former Apple engineers, who work on mobile products and security, told The New York Times that they may refuse to do the work or even quit their jobs if a court tells them to create a go-around to the very software they worked to secure—a request that one expert equated to asking a doctor to prescribe a lethal drug.

The tech giant and the FBI are in the midst of high-profile litigation over the locked iPhone of San Bernardino gunman Syed Farook. A court last month ordered Apple to weaken the security on Farook’s iPhone so the FBI could access its data. Apple has refused, arguing that it would set a precedent that could put all users’ privacy at risk. In a brief to the Federal District Court of the Central District of California, Apple lawyers wrote that “such conscription is fundamentally offensive to Apple’s core principles and would pose a severe threat to the autonomy of Apple and its engineers.”

Apple has said that it would require up to a month of work by between six and ten engineers to satisfy the government’s demands. A work stoppage or mass exodus by those select few could either give Apple leeway to not comply with a court order or result in a court finding Apple in contempt, the Times says. 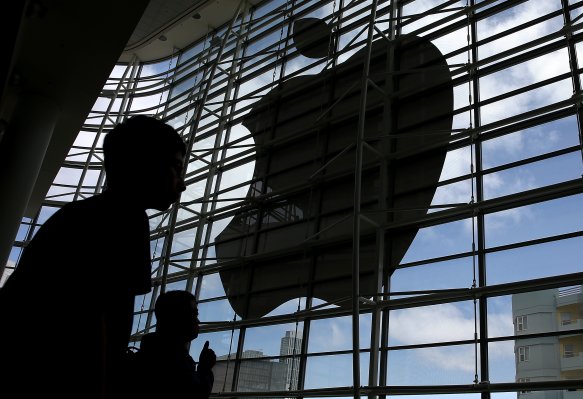 Why One of Apple's Main Legal Arguments Against the FBI Might Not Work
Next Up: Editor's Pick