No Clear Strategy to Stop Trump

Four months from Friday, delegates to the Republican National Convention will gather in Cleveland for what may be the first contested convention since 1976. In interviews with many of the few delegates who have been selected, it’s clear that Donald Trump is in trouble if he can’t secure the 1,237 delegates to win on the first ballot, with those pledged to other candidates expressing strong anti-Trump sentiments. Meanwhile, those forces have few targets yet to flip away from Trump to another candidate, as those backing Trump appear to be staunchly in his corner. But keeping Trump from that number will be a painful and tedious process over the coming months and it’s not clear whether the GOP can stomach the effort. For months, the Republican Party’s choice has been clear: roll the dice with Trump, or risk losing standing up to him; and the former position is becoming more popular as a sense of resignation sweeps the party.

Ted Cruz remains the best hope for the GOP to block Trump, and is collecting an unlikely array of allies, including South Carolina Sen. Lindsey Graham, who just weeks ago mused about shooting Cruz, as well as Marco Rubio. Cruz faces a stiff test in Utah to try to deny Trump—who is likely to win Arizona’s primary—any delegates in those caucuses, which would be critical to keeping Trump away from 1,237, but that would require earning greater than 50% of the vote in a state where John Kasich is still competing.

President Obama reportedly called for the Democratic Party to start unifying around Hillary Clinton, and that was before her clean sweep over Bernie Sanders on Tuesday. The Sanders campaign argues that the map grows more favorable for their candidate in the coming weeks, and they are right, but the momentum from a string of smaller victories won’t be enough to overcome his delegate deficit.

Trump’s “riot” rhetoric comes under fire. A top Mitt Romney strategist explains why he believes Trump is doomed. And Rubio says he’s not looking for another job.

The Great Unsettling
What is happening in America [Washington Post]

Anti-Trump Forces Contemplate the End
After a week of bruising losses, many Republicans are ready to give up the fight. [Politico]

“I’m not going to be Vice President. I’m not running for governor of Florida, I’m going to finish out my term in the Senate over the next 10 months… and then I’ll be a private citizen in January.” — Marco Rubio speaking to reporters on his return to the Senate Thursday

“Nobody should say such things in my opinion because to even address or hint to violence is unacceptable.” — Speaker of the House Paul Ryan on Donald Trump’s suggested there would be riots if he wasn’t named nominee at the GOP convention

Conservatives Grasp for a Plan to Stop Trump [TIME]

NOTE TO READERS: For nearly a decade, the comments section on this daily Morning Must Reads post has hosted a community. Every day, hundreds of comments are left by dozens of people, with heated debates about politics, world events and the way the news is covered.

You will notice that the comments function no longer exists on these posts, starting today. But we do not want the community to end. For this reason, every Morning Must Reads will now be posted as a Facebook note on the TIME Facebook page. You can find today’s post here. For multiple reasons, we think this format will be an improvement, enlarging the community of people who will participate and limiting the abuse of the commenting system by a malicious few.

Let me know what you think about the change in those comments, or by Tweeting me @michaelscherer. 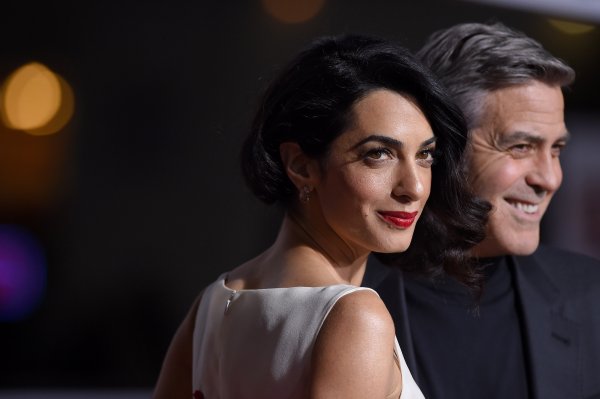 Spend an Evening With the Clooneys and Hillary Clinton
Next Up: Editor's Pick