British professor Sir Andrew Wiles was awarded mathematics’ most prestigious prize this week, for providing the proof to a theorem that had stymied everyone in the field for over 350 years.

Wiles was bestowed this year’s $700,000 Abel Prize for his proof of Fermat’s Last Theorem. Formulated by French mathematician Pierre de Fermat in 1637, it had long been the math world’s most famous — and confounding — of theorems when Wiles proved it in 1994 after years of research.

In its announcement, the Norwegian Academy of Science and Letters, which awards the prize, said, “Andrew J. Wiles is one of very few mathematicians — if not the only one — whose proof of a theorem has made international headline news.” The academy also recounted his first encounter with the problem as a 10-year-old boy in Cambridge, where he found a book on Fermat’s Last Theorem at his local library and, as he said, “knew from that moment that I would never let it go.”

In 1996, the New York Times stated the theorem in the following way:

Wiles laid the groundwork for his monumental breakthrough over several years during a teaching tenure at Princeton University in the 1980s. He was knighted in 2000, six years after proving the theorem turned him into a global icon.

“Fermat’s equation was my passion from an early age, and solving it gave me an overwhelming sense of fulfilment,” the 62-year-old mathematician told Oxford University — where he is currently a research professor — on Tuesday, after learning he would receive the Abel Prize.

“It has always been my hope that my solution of this age-old problem would inspire many young people to take up mathematics and to work on the many challenges of this beautiful and fascinating subject,” he added. 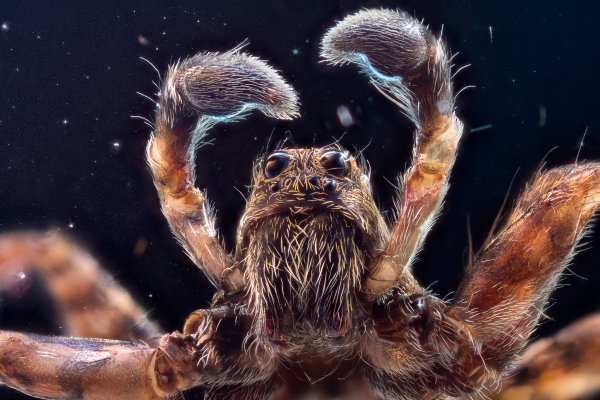 These Photos Show Everyday Insects in Terrifying Closeups
Next Up: Editor's Pick