Donald Trump Comes to Scandal—Sort Of

There’s a new character in Shonda-land and he bears an eerie resemblance to real life presidential candidate Donald Trump.

At a PaleyFest panel earlier this week, Shonda Rhimes, creator and head writer of Scandal, announced that her hit political thriller had taken some inspiration from real world politics and was introducing a character ripped straight from the Republican presidential campaign trail.

“You think the debates you’ve seen in the real world are fun!” star Kerry Washington teased at the panel, according to Variety. While the actor portraying the new addition to the fictional presidential race has been kept under wraps, it was known that he would be played by a character who has been seen on the show before.

Sure enough, reprehensible, low morality, billionaire lobbyist Hollis Doyle shows up for a meeting with Sen. Mellie Grant (Bellamy Young), offering her money for her presidential campaign for the low, low price of her soul. Hollis, played by the perfectly devilish Gregg Henry, knows all of the administration’s dirtiest secrets including exactly how President Fitzgerald Grant (Tony Goldwyn) took the White House and he still wants to help Mellie gain the Oval Office—if she will advance his race-baiting platform.

When Mellie balks at the prospect, Hollis wastes no time in visiting her competition, meeting with Vice President Susan Ross (Artemis Pebdani) about contributing to her campaign. Unfortunately for Susan, President Grant has no love for Hollis, mostly because no one likes to sit face to face and play nice with their former backer turned blackmailer. Much to Susan’s aggravation, Fitz kicks Hollis out of the office, sending the skeezy lobbyist straight back to Mellie, earning Fitz an earful from an irate Susan.

Hollis then convinces Mellie to share her to share her platform and ideal campaign kickoff celebration, which turns out as well for her as you might expect. The next day, Hollis throws his own presidential hat into the ring, swiping Mellie’s campaign kickoff plan and slogan while he’s at it. The billionaire is all bluster and bravado standing at his elementary school, encouraging voters to “Embrace America’s Tomorrow”—so long as they are not refugees or illegal immigrants.

Fitz thinks Doyle’s campaign is “a joke” and that “no one will take him seriously,” a sentiment that has undoubtedly echoed through many Beltway hallways in regards to Trump, the surprising Republican frontrunner. But the President must watch from the sidelines for this election, because it’s Susan’s and Mellie’s race this year.

“I think Susan nor Mellie is thrilled to see someone else in the race because they thought it was going to be a grudge match between the two of them and they’d each made strategies for that. So everyone’s nonplussed,” Young, who plays Sen. Grant, told Mashable.

Now that the race has changed, it will be fun to see how this ripped-from-the-headlines story plays out over the rest of the season. 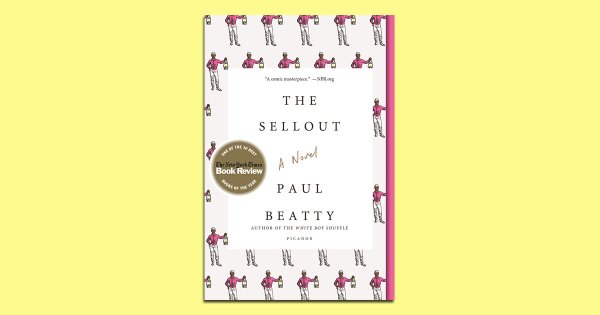