Ethan Hawke in Born to Be Blue.
IFC Films
By Stephanie Zacharek

Terrible people often make beautiful music, a quandary when we want to believe that true beauty shines from within. Shouldn’t people capable of spinning out transcendent sounds be nicer to their wives, their children, their colleagues?

But the things that make human beings shine aren’t always pretty or easy to parse, and three current—if disparate—not-really-biopics scratch their way toward that truth. Specifically, it’s the actors here who really matter. In Robert Budreau’s Born to Be Blue, Ethan Hawke plays West Coast jazz heartthrob and junkie Chet Baker, though Budreau isn’t even pretending to tell Baker’s real story—the picture is an outright reimagining of what Baker’s life might have been like in 1966, if he’d been able to kick his habit and switch course after a jail stint in Italy (among other self-inflicted mishaps). In Don Cheadle’s directorial debut Miles Ahead, Cheadle plays an even cooler, wilder trumpet superstar, Miles Davis, but again, this is in no way a straight-ahead, chart-following biography: Instead, Cheadle has fashioned a psychedelic caper set post-1975, when an exhausted, ailing Miles not only retreated from performing but barely set foot outside his Upper West Side Apartment. And I Saw the Light, directed by Marc Abraham, skips over to a neighboring genre, country-and-western: Tom Hiddleston plays the staggeringly gifted singer-songwriter Hank Williams, whose rocky rise to the stage of the Grand Ole Opry, in 1949, was followed by plummeting decline. Williams died less than four years later, at age 29, his heart worn out from years of hard drinking and the painkiller cocktails he took to treat his chronic spinal pain.

Cheadle’s picture is the most ambitious and the least successful: Its wiggy plot involves a Rolling Stone journalist (Ewan McGregor) who crashes through Miles’ solitude to get a story, only to become ensnared in a semi-mystery involving an evil promoter, an ambitious young trumpeter, and a set of lost tapes that just might be Miles’ next masterpiece. The story has too many moving parts, and Cheadle can’t keep them all in play gracefully—but his portrayal of this fantasy Miles seems to strike an almost cosmic connection with the spirit of a man we could never really know. The great critic Kenneth Tynan once wrote that his nine-year-old daughter could identify Miles immediately from his tone: “It sounds like a little boy who’s been locked out and wants to get in.” We rarely think of Miles, so often growly and irascible, as a vulnerable presence, but Cheadle, like that tiny Tynan, nods toward that possibility without sanitizing or demystifying the man.

If you closed your eyes and dreamed a dream of Chet Baker—conjuring a guy as troubled as the real man was, but not so much of an unholy jerk—he would come wafting in on a cloud in the form of Ethan Hawke. If you want the real Baker, in all his toothless, selfish, wizened majesty, you’ll find him in Bruce Weber’s extraordinary 1988 documentary Let’s Get Lost. Hawke’s performance is something different, gorgeous in its own way. This Baker is one who really, really wants to quit junk, mostly to keep the love of a good woman (played, with gentle flintiness, by Carmen Ejogo). In real life, Baker was too in love with the stuff to ditch it for long, least of all for a skirt. Yet Hawke makes this sweeter, gentler Baker believable in a schoolgirl-diary way—this is the Baker we want to believe in when we lie back in the embrace of his trumpet sound, soft and strong as willow’s bough, or revel in his feathery crooning. (Hawke did his own singing for the role—it’s infused with a whispery urgency.) Hawke as Baker, his forehead creased with a permaworry wrinkle, is a reminder that sometimes ingrained unhappiness can spur fine-grained artistry—a breeze of sound that lingers long after even the most stunning cheekbones in the world have crumbled to dust.

I Saw the Light is the one true biopic of these three, hewing more or less to the facts as it assays Williams’ short, blazing career, sidetracking to address his roving eye for the ladies and his debilitating alcohol habit. Sadly, the movie is a snooze, but see it just for the magnificent Hiddleston, who honors Williams’ greatness but also wriggles beyond it: Skinny as a rake and rakish as Casanova, he reclaims Williams’ vast sex appeal. He also channels, almost too well, Williams’ darkest, loneliest moments. In one late scene, as he thrums his guitar to one of the last songs Williams wrote, “Your Cheatin’ Heart,” Hiddleston looks transparent as a wraith—he’s a man already as good as dead. If you need proof of the existential suffering of a man who could write a lyric like “The moon just went behind the clouds/To hide its face and cry”—spare, like a shard of Japanese verse, and speaking of the kind of pain that needs to be protected from the world—it’s all there in Hiddleston’s haunted, haunting face. 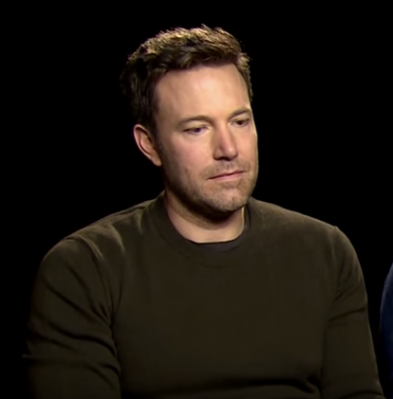