The writer of a 2000 episode of The Simpsons that predicted a future Donald Trump presidency said the episode was “a warning to America.”

“That just seemed like the logical last stop before hitting bottom,” writer Dan Greaney said in an interview with The Hollywood Reporter. “It was pitched because it was consistent with the vision of America going insane.”

The episode, titled “Bart to the Future,” aired 16 years ago, on March 19, 2000. In the episode, Bart Simpson glimpses his bleak future. His sister Lisa is the “first straight female president” of the U.S., succeeding Trump’s presidency.

“As you know, we’ve inherited quite a budget crunch from President Trump,” Lisa says during a meeting in the Oval Office, as a secretary in her administration holds up a chart depicting steep decline. “The country is broke? How can that be?”

At the time the episode aired, The Apprentice was still four years from premiering. Trump is now the frontrunner in the Republican presidential primary race, and Greaney said he has received more positive feedback about the episode because of its Trump reference.

“What we needed was for Lisa to have problems that were beyond her fixing, that everything went as bad as it possibly could, and that’s why we had Trump be president before her,” Greaney said. “The Simpsons has always kind of embraced the over the top side of American culture … and [Trump] is just the fulfillment of that.” 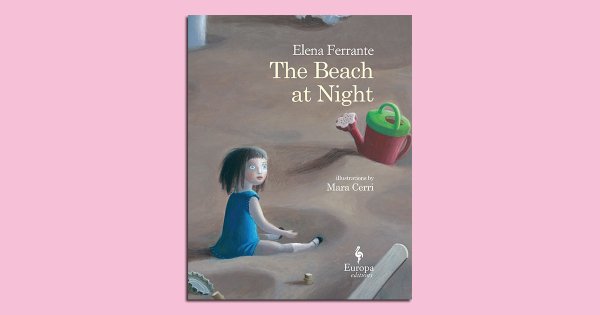 Elena Ferrante's Children's Book Is Coming to the U.S.
Next Up: Editor's Pick