Dog Found Alive After Being Lost at Sea for 5 Weeks

A dog who was presumed dead after she went missing in the Pacific Ocean five weeks ago has been found alive.

Luna, a one-year-old German Shepherd, was on a commercial fishing trip with her owner Nick Haworth when she fell overboard about two miles offshore of San Clemente, a Naval island off the coast of San Diego. Haworth reported her disappearance on Feb. 10 and then spent days scouring the area with the help of the Navy. However, Luna was eventually presumed dead.

But on Tuesday, she was miraculously discovered by Naval personnel on San Clemente. “They saw Luna just sitting on the side of the road wagging her tail,” Sandy DeMunnik, a Naval public affairs officer, told ABC News. “Keep in mind, there are no domesticated animals on the island, so it was a stunning sight.”

Luna is believed to have swum ashore and survived by eating mice on the island. She was examined by a wildlife biologist for the San Diego Zoo who said she was “perfectly healthy other than being a little undernourished.”

Haworth is currently traveling for a work trip, but will be reunited with his pet in the near future. 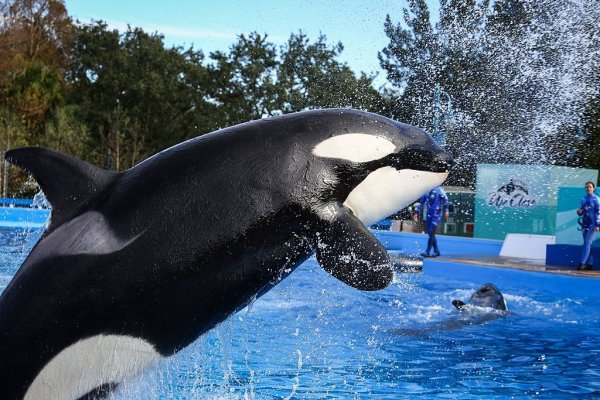 Activists: SeaWorld Should Free Killer Whales
Next Up: Editor's Pick