SeaWorld’s historic announcement about the future of its killer whales is a step in the right direction, but the marine park should do more for its orcas, animal activists demanded Thursday.

The company drew praise from conservation groups after saying it would end its orca-breeding practices and phase out its iconic killer-whale shows. Still, many activists pushed for more change, including releasing its whales from captivity. “SeaWorld could come out being heroes,” said Colleen Gorman, CEO of the Orca Project, a nonprofit launched in 2010 after outrage over trainer Dawn Brancheau’s death at the park.

Gorman said SeaWorld should devote its power and financial resources to creating sanctuaries where its orcas could be released in the wild in the safety of sea pens and under the watchful eyes of marine biologists.

SeaWorld has said its 29 killer whales will live out their lives at the company’s park habitats in Orlando, San Diego, San Antonio and Loro Parque in Spain. Its oldest orca is 51 years old and its youngest is 1. One orca is pregnant and its calf will be born into captivity, the park said.

“It’s a pity to see them die in a cramped tank,” Gorman said. “This is pretty exciting news, but it’s not enough. We want more. There are places that are picked out strategically around the world, kind of waiting, where they would have marine-animal experts, teaching them, training them how to catch live fish again.”

SeaWorld has stood by its belief that the orcas would not survive in the ocean because of environmental concerns like pollution, disease and other manmade threats. “In the history of mankind, no orca born under human care has ever been released successfully,” SeaWorld president and CEO Joel Manby said during a Thursday conference call with reporters. “We are very concerned for the animals’ health and we’re the ones responsible for them. If we did that and failed, it would be on us and then we would be criticized for that. I think the right thing to do is keep them in the only place they’ve ever known. I don’t think it’s worth the risk to these animals.”

PETA senior vice president Lisa Lange said the defense was bogus, echoing calls for seaside sanctuaries where the whales could slowly transition into their natural habitats. “It is a hefty financial investment, but SeaWorld owes it to these animals. It’s the next step they need to take,” she said. “Currently these animals are swimming in endless circles in concrete tanks. They need to do right by these animals right now.”

SeaWorld’s attendance drastically suffered after the 2013 release of the documentary Blackfish, which was critical of the company keeping the whales in captivity. The marine park reported a fourth-quarter loss of $11 million in February, according to the Associated Press.

Blackfish director Gabriela Cowperthwaite said SeaWorld’s move was evidence of “paradigm shifting.” “Of course we want more because change should always be dynamic,” she told the Hollywood Reporter. “But breeding, expanding killer whales into international markets, all these missives once sat at the center of their business model. And they’re willing to stop these practices immediately.”

The documentary focused on SeaWorld’s killer whale Tilikum, which has killed three people including Brancheau. The whale is seriously ill from a bacterial infection, SeaWorld said earlier this month. Brancheau’s family and one of Tilikum’s current trainers declined to comment for this story.

SeaWorld said its killer whales would star in new “natural orca encounters,” instead of theatrical shows, beginning next year at the SeaWorld’s San Diego park before expanding to its San Antonio park and then to the one in Orlando in 2019. The company will essentially do away with its orca tricks and plans to redesign its show pools and viewing stands into a “more naturalistic setting.”

“Society’s attitudes have shifted,” Manby said. “It wasn’t worth fighting that.” 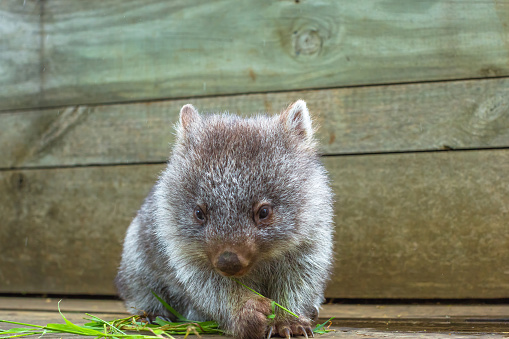 Watch an Adorable Baby Wombat Run Straight Towards You
Next Up: Editor's Pick