How Vine Star King Bach Found Fame Beyond the Internet

Andrew Bachelor’s objective has always been simple: “to be the biggest movie star in the world.” He set about that journey by taking the steps one might expect. While studying finance at Florida State University (his parents, both accountants, made him get a back-up degree), he joined both a comedy troupe and a dramatic acting club. He spent two years working toward a master’s in acting. But when he finally began auditioning for roles, time and again he lost out to actors who were already famous. So he figured he’d have to find some renown of his own, and fast.

Enter YouTube, where Bachelor created his own channel, BachelorsPadTV, to build a reel that showcased his range. But quality YouTube videos require time, energy and resources to produce. So when he discovered Vine, a social media app that allows users to upload six-second video clips—blessedly cheaper, faster and simpler—Bachelor switched course. He posted his first video on May 29, 2013, and the fans began to congregate. His stage name, King Bach, turned out to be something of a self-fulfilling prophecy: With 15 million followers, more than any other user, the 27-year-old has become something like royalty.

Read next: The 30 Most Influential People on the Internet

Bachelor got the acting bug in the third grade, transfixed by the expressive comedy of Jim Carrey. “I was so young, I didn’t know it was called acting,” he says. “I just wanted to be like him.” A hint of Carrey’s slapstick sensibility can be detected in the antics of King Bach—a freeze-frame of any of his Vines is more than likely to land on a close-up of his face, mouth agape, eyes wide, an expression descended from Carrey’s exaggerated contortions in The Mask.

The vast popularity of Bachelor’s micro-comedy can be explained, at least in part, by its relatability. “My process is kind of simple,” he says. “I just apply what happens in real life, and I figure out a way to tell that story in six seconds.” The resulting scenarios are familiar—trying to get someone’s phone number, fiercely protecting Thanksgiving leftovers—but Bachelor extends them to hyperbolic, illogical conclusions: He hangs off the the window of a moving car to get that number, breaks the neck of his own mother when she eats those leftovers.

Some of King Bach’s videos find humor in exaggerated black stereotypes. As he told New York magazine in 2014, “White people, they just want to see what they think black people act like,” and he’s willing to deliver for the laughs. In one Vine, he yells out “Happy Father’s Day” and throws a football, but there’s no father waiting to receive it and the ball drops to the ground. Some bits tackle prejudice more directly, as in one clip captioned “When THEY hear how WE talk,” in which he speaks in a so-called “proper” English dialect but two white guys can only hear ebonics. But Bachelor says he has no social agenda. His objective begins and ends with comedy. “To me, it’s entertainment. Whenever I can put a smile on people’s faces, mission accomplished,” he says. “I just try to please everyone and give everyone what they need.”

And if what Bachelor needed was to prove his viability as a star, then casting directors have taken notice. Over the course of three years, he has parlayed his Internet fame first into TV roles, on shows like House of Lies and The Mindy Project, and then into parts in feature films. By the end of 2016, he will have added four movies to his resume. On April 1, he’ll star opposite Mike Tyson and Mike Epps in Meet the Blacks, a spoof of the horror series The Purge. The transition, he says, has been easy, in part because of his philosophy: “Stay ready so you don’t have to get ready.”

Though his filming schedule means he posts less frequently on Vine than he used to, King Bach has found a way to reflect his “real-world” success back in Internet-land. Case in point: a spasmodic full-body shimmy he posts to Vine to celebrate his roles on screens larger than an iPhone. And though one might argue Vine has already served its purpose in his pursuit of mega-stardom, he has no plans to shutter his account. “That’s where my fans are,” he says. “I can’t just leave them hanging.” 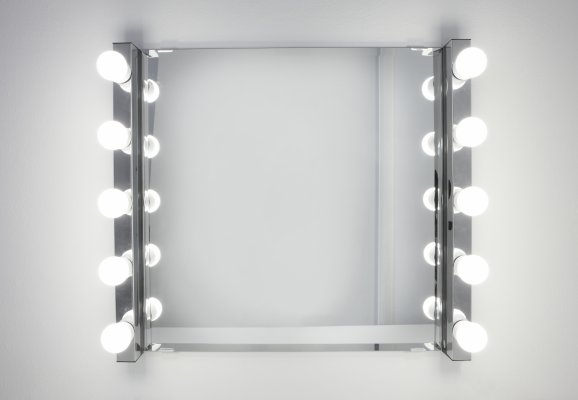 The Internet Can't Decide How Many Girls Are in This Photo
Next Up: Editor's Pick