Find Out Which U.S. Cities Could Get Hit By Zika

Upcoming summer temperatures could make several U.S. cities favorable to the Zika-spreading Aedes aegypti mosquito, putting Americans at a higher risk for the disease, according to a new report.

The researchers looked at weather patterns and the mosquitoes’ lifecycle in cities where the Aedes aegypti are currently present. They also looked at travel patterns to the 50 cities from places where Zika transmission is occurring, as well as socioeconomic conditions.

The study authors note that even if Zika does spread to places beyond the southern U.S., it’s not likely that America will see situations like those in the Caribbean and Latin America since most Americans live and work in places that are sealed and have air conditioning. That said, mosquito populations are expected to rise in the Southeast and some cities in Arizona in April, and by June almost all of the 50 cities in the study will have the potential for virus transmission. Southern and eastern cities are at a higher risk for a moderate-to-high abundance of the mosquitoes. The late summer months, July, August and September, are the most favorable for Aedes aegypti.

The cities that have both ideal climates for the Aedes aegypti and plenty of travelers from affected areas are Miami, Houston and Orlando.

“Even some cities where the Aedes aegypti mosquito has not been detected, such as St. Louis and Denver, have suitable midsummer weather conditions for the species if it were introduced via transport of used tires or by other human activities, according to the computer models,” reads a released statement about the work.

You can check out the researchers’ estimated spread in the U.S. here. 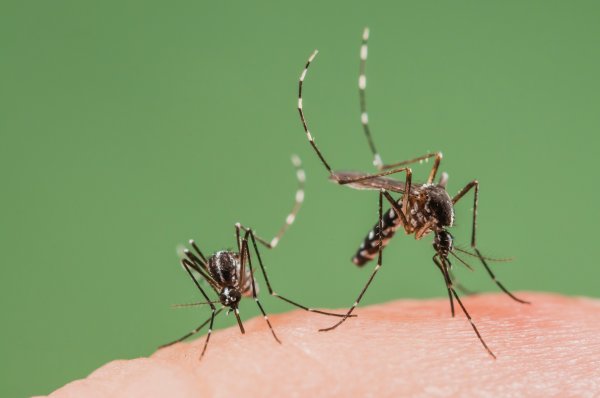