There were a few things I expected when I fell in love with an Irishman. The questions, for one: “Can you understand him with that accent?” from my friends; “You’re not moving to Europe, are you?” from my parents; and later, after Jack proposed, “Is he going to wear a kilt to the wedding?” from my grandmother. Yet I never predicted that dating an Irishman would change the way I thought about St. Patrick’s Day.

Raised in Florida and descended from a Cuban-American family, I was aware of the Irish holiday, if only for it’s association with minor pain. God forbid I forget to wear green and randomly get pinched all day long. But once I went to college in Chicago, a city that dyes its river green for the holiday, it became an event. Everything had to be green—the decorations, the food, the beer, and, of course, me. Like children playing dress up, my friends and I would throw every piece of green clothing we owned into a St. Paddy’s Day ensemble. (A quick and worthy note: it’s Paddy’s not Patty’s. If I’ve learned anything at all, it’s that there is no quicker way to infuriate the Irish than to incorrectly spell their favorite holiday.)

Until I met Jack, my experience with St. Patrick’s Day was that it was one big, fun, clover-colored party. This year Americans will spend an estimated $4.4 billion celebrating St. Patrick’s Day, an average of $35.40 per person, according to WalletHub. A whopping 13 million pints of Guinness, the Irish stout, will be consumed—most of which will occur before, during, or after the parades that take over city streets. So when I went to Dublin for the holiday in 2012, I thought I was prepared for what I was certain would be utter mayhem.

I couldn’t have been more wrong.

That morning I was in a panic. It was still too cold for t-shirts, and I hadn’t brought a green sweater. “Relax,” Jack told me. “You don’t need all that here.” Of course, I didn’t believe him. Paddy’s was their holiday after all. When 11 a.m. rolled around, I threw an emerald headband on my head, and we headed to the pub. And he was right: almost no one was dressed in green. Well, sure, some of them wore a spot of it, here or there. One girl had a little four-leaf clover drawn on her cheek. But to my shock, it wasn’t the overkill I’d loved and expected.

My Irish experience of Paddy’s Day was also not centered on a parade at all, which I suppose is not that surprising. Technically, it was Boston who founded the first St. Patrick’s Day parade in 1737, followed by New York in 1766. Dublin didn’t join the club until 1931 and didn’t open up its bars on the holiday, originally a religious day to honor the Patron Saint of Ireland, until 1970.

Throughout the day and into the night of what turned out to be a very, very long bar crawl, I noticed more and more that it was the visitors who were decked out in colors, wearing painted faces, crazy wigs or tutus (“Tourists!” my new Irish friends would laugh). If I did happen to spot an Irishman in “leprechaun” gear, it wasn’t “patriotic” like wearing red, white, and blue is for Americans on the Fourth of July, but a simple joke.

The Irish excel at laughing at how badly the world tends to stereotype them. I found that they could care less about the superficial aspects of celebrating their holiday; for the Irish, St. Paddy’s isn’t about green clothing, or orange glitter, or Heaven help them, wearing the flag (“How American,” they would tease). The tradition isn’t about dressing up or drinking green beer at all. Instead, it’s about “the craic”—coming together to celebrate their families, their friendships and their cultural heritage.

After that realization, I admit I was a little worried about the first time Jack celebrated a Paddy’s Day stateside. I was concerned things might get a little dicey if an American of Irish descent four or five generations back started shouting drunkenly “Hey man, I’m Irish, too! This is our day!” But to my delight, Jack later told me “Everyone can be Irish on Paddy’s Day,” which is an apt sentiment considering that St. Patrick wasn’t originally Irish.

Beyond Jack’s grumbles about how he has to work on the holiday and how it is practically impossible to find a bar to watch the Six Nations rugby game, he seems to enjoy our American tint on the Irish holiday. Admittedly, this is in large part because of how much he loves poking fun at how over-the-top everything is here. This year, he’s determined to “go to the most stereotypical Irish bar I can find” near Times Square, in hopes that that’s where the other Irish-born will go. Apparently, the only thing better than observing about how extreme we Americans can be about the Irish holiday, is doing so with other Irish, pint in hand.

Yet just last year, Jack dyed his beard green, and now this year there’s talk of trying green beer. As much as he claims it’s only to be ironic, I wonder if maybe, just maybe, we’re rubbing off on him. 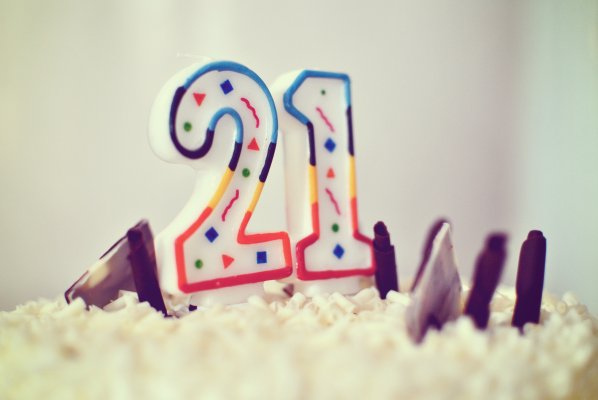